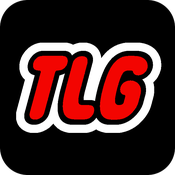 By _TLG_
81 comments
Hello Speed Champions fans,
Trabant 601 is a legendary car of Eastern and Central Europe, therefore this tuning version would be a great set in the Speed Champions series.
I wanted to create a relatively accurate studless model, and some details were challenging in this small size.
Firstly I needed smaller wheels than my other builds in this scale, the size of the actual ones are equal to the Mini Cooper (Lego 75894) ones. It was clear too that the City mudgards will not fit to this size, therefore I created a brickbuilt one. The connection of the wheels are tricky a bit which helps to keep the room between the wheels and the mudguard proportional.
I wanted to create an accurate front, and I added simple white stickers to the direction indicator lamps to keep the orange parts visible on the front only.
The most common colors of this car are the light blue and white (broken white). I decided to use white pieces as the roof element of Mini Cooper (part 6018101) is ideal as hood and roof, and I have this item only in this color.
The rear of the car is a bit tricky too as I wanted tilted lights similarly to the real ones. The back lights could be red transparent elements, but I was not able to buy them in that color.
I had to buy some elements of "brick, modified, 6191" to the sides too, and it was available only with "Nitro" stickers, but my son said that these stickers are cool, so I kept them.
I wanted to use as less stickers as possible as I don't really like them, because they restrain the applicability the stickered elements in different builds. There is picture without the "Nitro" sticker and an other one without any stickers.
The set includes a minifigure with a baseball hat and with an additinal red helmet.
It can be combined with my other submissions:

I hope you enjoy this car. Many thanks for your support!