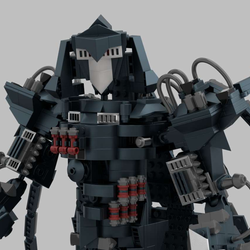 Dcomprime76
9
This is my idea a futuristic motorcycle that runs in water, which includes an impressive display stand. This was originally made for the lego ideas Contest but since I have received several positive comments, I believe It would make a nice and fun product for kids and Motorcycle lovers of any age.
The set will include an additional three clear parts that can attach beneath the undercarriage, which will act as a stand for the cycle, to give the appearance that the cycle is being suspended above the ground.
Display Stand (Part Count)
- 575
Motor Cycle (Part Count)
- 392
Total Count: 967
9