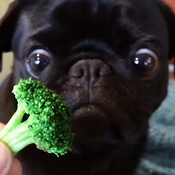 By LeastIncredibleBroccoli
10 comments
In this Idea there are some rock formations resembling the remains of the underwater city of Atlantis. There is also a throne with Poseidon's skeleton sitting upon it. There is a Sea Guardian swimming in the ocean protecting the city. Lastly, there is a futuristic underwater vehicle being shot at by Poseidon's lightning.
I built this because I wanted to show the epic scene of Gods and tech fighting and I thought it would be really cool. Also, I wanted to capture all of the details without it being to complex. I also used some interesting techniques for the Sea Guardian and the futuristic underwater vehicle to make it look like they were swimming also without it being too complicated.
I think this would make a great set because It is a very original idea and It stands out from all the other existing Ideas sets. I also wanted it to spark the old Lego Atlantis theme just like Pirates Of Barracuda Bay did. Lastly It would make a great set because it can be both a play set or it can even be a display so it is not oriented towards kids or adults but for all ages!