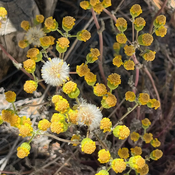 By FuzzyChicken1
14 comments
This is a miniature chess set, complete with all of the playing pieces. It also features a sleek drawer built into the base of the board to conveniently store the pieces.

From left to right in the image above, there is the king, the queen, the bishop, the knight, the castle (also known as the rook), and the pawn. This set includes:
The board and built-in drawer are constructed in a way that makes them very stable. The drawer is on a type of rail, and it does not fall out of place. To open it, you can either slide it out by pushing/pulling on the base, or pulling on the front face of the board. The board itself is 10 studs by 10 studs, and four standard bricks tall. So it is the same size as, if not smaller, than your palm. When you go to play, as long as you pull a piece slightly at an angle and not straight up, the are no issues regarding the board studs coming off.
I built this set because I had been making miniature replicas lately, and decided to make a mini chess set. I was pleased with it, and decided to submit it here. I hope you like it.
I think it would make a great LEGO set for several reasons. One reason is that you can actually play chess as you would with any other chess set. While LEGO models are great, this one would do more then just sit around and collect dust. And at just 10 studs by 10 studs, and 4 bricks tall, owning this set likely wouldn’t put a large dent in you pocketbook. If you do choose to travel with it, the drawer would keep all of the little playing pieces safe and sound. It would also make a fantastic gift for a chess and LEGO lover.