The Royal Air Force maintains a 24-hour search and rescue service covering the whole of the United Kingdom. There are 6 helicopter Flights at strategic locations around the United Kingdom. Each Flight is equipped with 2 Sea King helicopters. The mission of these teams is the search for and provision of aid to people who are in distress or imminent danger at any time of day or night.

The Westland Sea King are powered by two Rolls-Royce Gnome turboshaft engines. It has a large six blade main rotor, giving it  good hovering performance in adverse wheather, and a six-bladed tail rotor. The main compartiment of the Sea King can carry up to 22 survivors. The typical crew is composed of 4 members (2 pilots and 2 winch operators).

The Lego model of this helicopter was made to be as faithful to the original as possible in terms of the color, overall shape of the helicopter and the main and tail rotors. 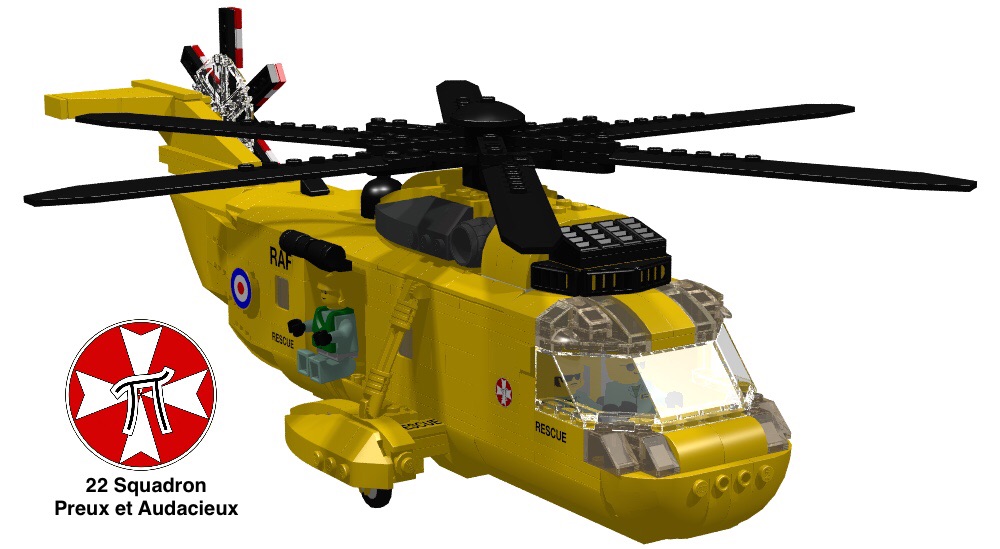 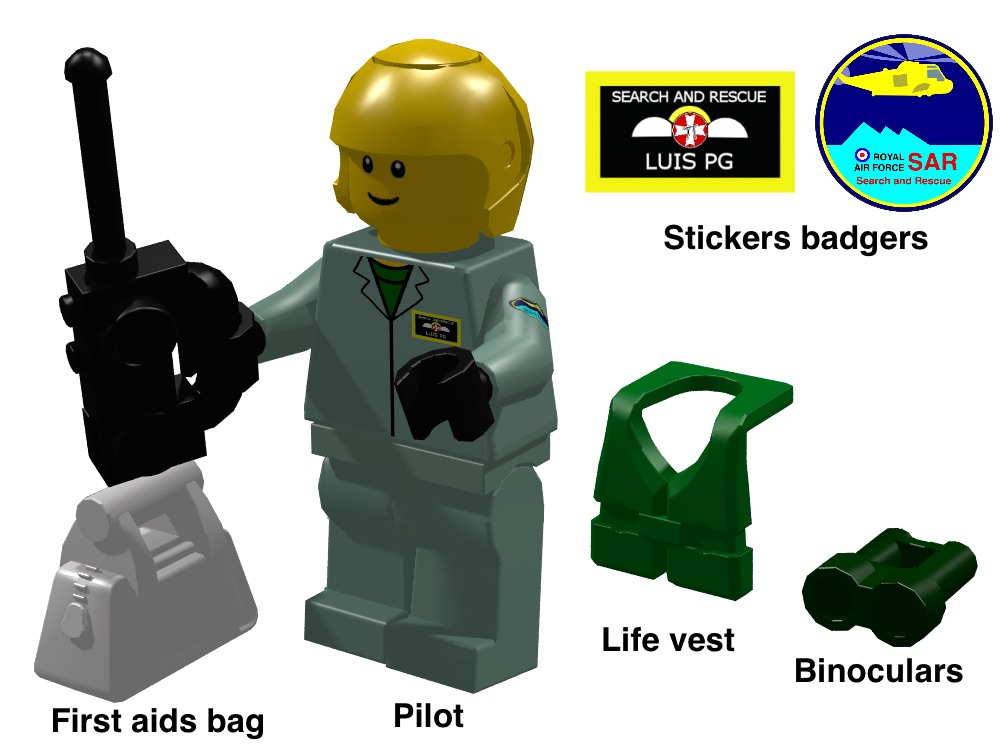 The set also includes 4 minifigures (2 pilots and 2 winch operators) with some accesories. The badgers and flight suit are customized and were designed with Inkscape.

I think this model is perfect for playing, but, as it's so faithful to the original, it's also valuable to collectors and lovers of helicopters or aircraft in general. It is a classic helicopter, of which there are many versions, but this is probably the most iconic and well known. 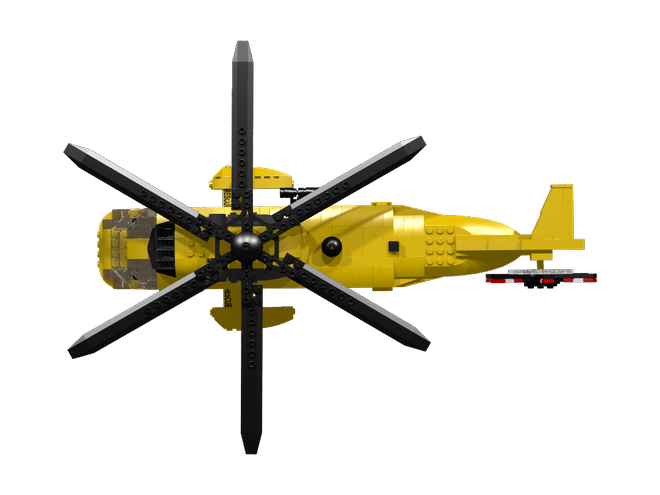