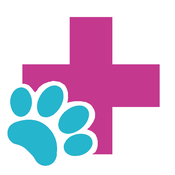 I know you've all seen it before, but this is a new update of it! The first time, the cover of it didn't have that many interesting things on it, but this time it has all the things featured in each seasons. Four different families in four different seasons doing the activities each season has to offer. You can either change it with the following seasons or have it set to your favorite season so that way when you're looking at it, you can look forward to your favorite season. All the updates for each season is featured here so no need to wait for the updates; but there might be an update if I get enough supporters for this set. And now, I will describe each seasonal scene to give you an idea of what's going on: in the scene for spring it's a family out having a picnic with the mother staying on the picnic blanket playing with her baby daughter while the father and son are playing a game of baseball; the summer scene is a man going on a camping trip with his dog, mainly "roughing it", hiked all the way from the parking lot to this serene spot to set up the tent. "Why is a skunk carefully watching the man and his dog?", you may ask: he's planing on foraging through the man's leftovers for dinner; for the autumn/fall scene, the leaves are all changing colors and are falling down to earth and in the water while others are being raked up into piles for the kidos to jump in and have fun! In this scene, we have an older brother playing hide-n'-seek with his younger sister, who's hiding behind a big pile of leaves, and a fox supervising them. Why a fox? I love foxes and had to put one in this scene since fall decor sometimes have foxes depicted in them; and now the winter scene, featuring a christmas tree along with a family and their dog having fun in the snow. The twin boys are having a snowball fight while their mom is ice skating and dad building a snowman with his daughter while the family dog supervises. And with Santa close by putting presents under the tree for each of them. I hope you have the time to read this to the end and supported my idea.