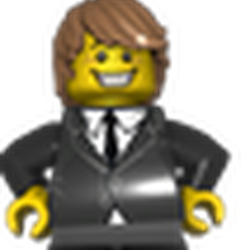 This MOC design is a 4x4 RedTruck and trailer which has opening and closing trailer door so the things inside do not escape and fall onto your Lego City road. I've made this set as i was just playing and putting together some Lego pieces from the Lego Designer set 4883. All honesty when i started i didn't know what i was going to make but the more and more i kept putting together pieces,the more ideas i had coming in. I haven't made a MOC truck or car this good before so i was suprised it worked! I personally think this would make a good Lego Ideas set as its a simple build and is in scale to fit within a Lego Town. The  style of this MOC is something that hasn't made it into a Lego Ideas set before and because of the structure i thinnk it would appeal to Children/young people and men. As of the size of the truck it would not cost that much therefore it would not leave a massive dent in your pocket! It also means that children themselves may be able to afford it with their own pocket money. I hope you like it!