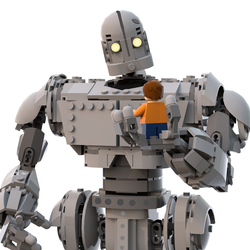 This project, in essence, is an homage to the wildly popular Space sub-theme of 2002. This proposal contains 6 main parts: 5 minifigures, 2 drones, an exploration rover and mech, an Ice Planet native, and the planet base, which features a rocket antenna, a drone docking station, 2 research hubs, and a data collection station.