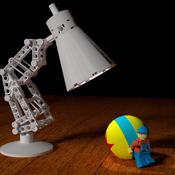 10-9-8-7-6-5-4-3-2-1 GO!
The Impossibles!
COIL MAN, he makes the scene when things looks mean, Impossibles!
FLUID MAN, he stays on the spot, the spot that's hot, Impossibles!
MULTI MAN, he makes a crowd, no crooks aloud, Impossibles!
Impossibles!
Impossibles!
Impossibles!
Impossibles!
The Impossibles was a series of American animated cartoons produced by Hanna-Barbera in 1966 broadcast by CBS.
I've always been a fan of these 3 superheros, young rock 'n roll musicians in the normal life but actually crime fighters, with super powers, dedicated to battling evil super-villains of all shapes and sizes! When performing for their adoring fans (usually star-struck, screaming teenyboppers), the guys would play their modified, futuristic-looking guitars on their equally futuristic bandstand (emblazoned with their "Impossibles" logo on the side) that could convert into a jet (the "Impossi-Jet").
Still remember myself kid, jumping all around the living room like Coilman,or dive into the sofa like Fluidman, ah what a fantastic time! It would be great to come back playing with them using a LEGO set!
I hope you remember them as well and you would like to support this idea.
The set includes:
Thank you for your support!