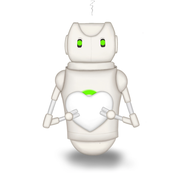 “It is the year 1676. The Unicorn, a proud vessel in King Charles II’s fleet, has left Barbados in the West Indies, and set sail for Europe…”

This is the introduction to the tale of the Unicorn that Captain Haddock tells his friend Tintin in Herge’s book “The secret of the Unicorn”. This book was one of the first cartoon I ever read and for all my life I wanted on of the models of this beautiful ship.

Now, as a designer myself, I can’t help noticing that Herge’s clean style and cool designs, especially of his vehicles, would make great Lego models. Therefore, I’m proud to share my second submission to Lego Ideas – The Unicorn. When I set out to make the design, I put up three rules for myself to follow:

And this is the result, a model roughly the same size as Lego’s “Imperial flagship” measuring a length of 75 cm with a height of 60 cm, containing 2300 pieces. As this ship is designed in the Lego Digital Designer tool, there where some limitations to what I could do with the rigging which needs to be corrected if ever realized.

I hope you enjoy it as much as I did designing it.