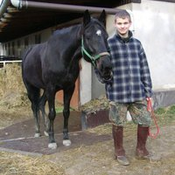 hi, my project is simple, bring into the world of Lego Marvel little exoticism of other worlds. Captain America got your enemy Red Skull, and even if Thor has already Loki, I think this overlooked hero should get more enemies as well as friends.

Even though these images do not reveal everything from this set is requested. I can describe at least it
There are all the characters in the picture. There should be Odin, Thor, Asgard Einherjar, Malekith, Kurse (big fig), Dark Elf Trooper

After the attack on a throne room Dark Elfs overpowered guards and Kurse mighty blow shatters Asgrdský Hlidskjálf throne. Fighting between Malekith and allfather can begin, his father comes to the rescue Mighty Thor and puts elves to escape by Mjollnir. Malekith escapes through the balcony, where there's also a debate between father and son.

I chose Asgard's throne room, where he can be played many epic battles, because it is a place of rule over Asgard and indeed all over the nine worlds.

In addition to the Battle of Asgard and Dark Elfs, Loki can be used for other sets to fulfill his desire for power, or an attack on Odin by Frosty Giants  (this is my second set, is not yet fully ready, it should be a piece of Bifrost, which can be combined with the throne hall, there will be the guardian of Asgard Heimdall and two ice giants (with special head piece, like Azog, giant must be bigger;)))

So that's all for now, it is possible that the photos a little change over time as constantly thinking how to improve this, even mention that some pieces are not in the right color, almost all parts should be Pearl Gold, and a few stickers mainly to decorate the throne.

Thank you for reading, interest and especially for your support