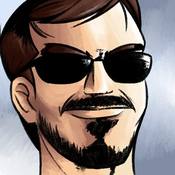 By tommunism
24 comments
It's the classic WRC rally car of the 70's, the Lancia Stratos in LEGO form.  This set consists of 217 pieces, and is comparable in size to the LEGO Speed Champions Audi Quattro S1.  Like other Speed Champions sets, it also features a removable roof and a single seat/steering wheel for one minifigure.
Designed by Bertone, the Lancia Stratos broke new ground in motorsport by being the very first rally car specifically designed for rallying, instead of converting a road car to rally specifications.  Its short wheelbase, mid-engined layout, and Ferrari Dino V6 all combined to make the Stratos fast, nimble, and striking.  Lancia would go on to win the World Rally Championship for three years straight, from 1974 to 1976.  The Stratos would continue to win events in 17 different WRC rallies over its lifetime.
The road-going version, which this set is based on, made 190 horsepower and weighed just 2,161 pounds.
I was very inspired by previously accepted LEGO Ideas designs, particularly the BMW M1 set.  I wanted to give myself a challenge by making a car that isn't easily portrayed in LEGO form, and still keeping it in the small form factor of the Speed Champions line.  The Stratos is made up of strong, sharp lines and edges that make it particularly difficult to make without some creative use of pieces.  Overall, I'm very proud of how it came out.  I think that especially with the pop-up headlights, you can immediately tell that it's a Stratos.  It would make a fantastic addition to the Speed Champions ever-growing list of classic race cars.
I don't expect this set will make it far, but any support is greatly appreciated.  Thanks for checking it out!