Watching 2001:A Space Odyssey in a Living-Room 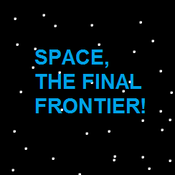 By NCC-1701
21 comments
2001:A Space Odyssey is a famous science fiction movie first came out in 1968.And now,it becomes Lego and appear on a Lego TV in a Lego living-room!
Inside the TV there is the famous scene when human astronauts investigating the black stone on the moon.
Inside the living-room there is a big bonsai tree,a fish tank,two chairs and two tables,and also a TV and a telephone.
On the tables there is a tea set which included two cups and a tea pot,a phone,a newspaper,a feather pen,few pieces of paper,another cup,a bottle of juice,a lamp,a sandwich and a bottle of tomato ketchup.
There is a camera next to the TV,and a light next to the door.
On the chairs seat an old professor and his daughter,they are both scientists and sci-fi lovers.
I am a fan of 2001:A Space Odyssey and also science fiction,and I will be very glad if you support my work.