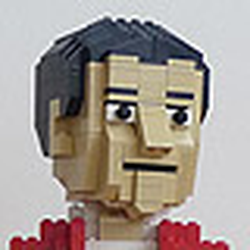 henningb
16
From Wikipedia: Red (voiced by Joe Ranft) is a mid-1960s closed-cab pumper bearing Carburetor County license plate "002." He is shy and emotional, often bursting into tears and/or hiding whenever he is upset. He spends most of his time gardening and washing things, such as the statue of Stanley next to his fire station. 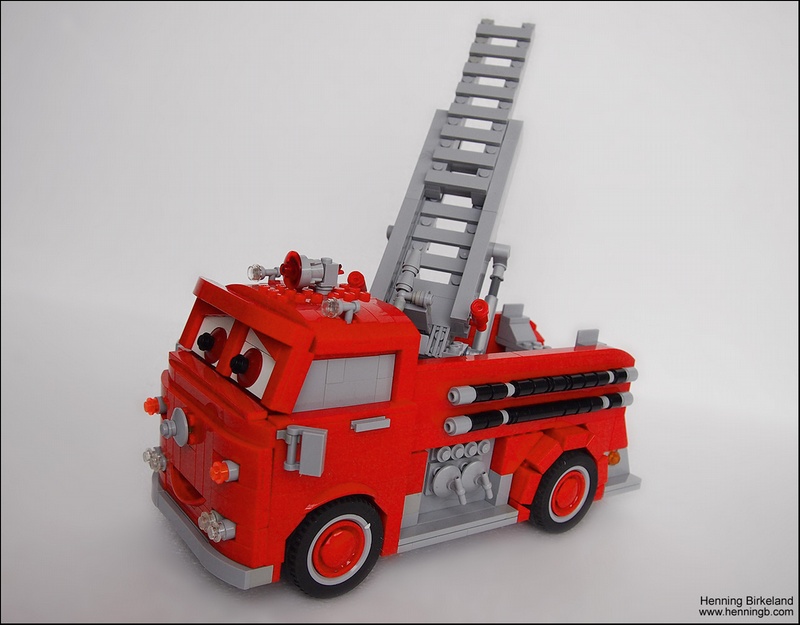 The ladder can be both extended and turned: 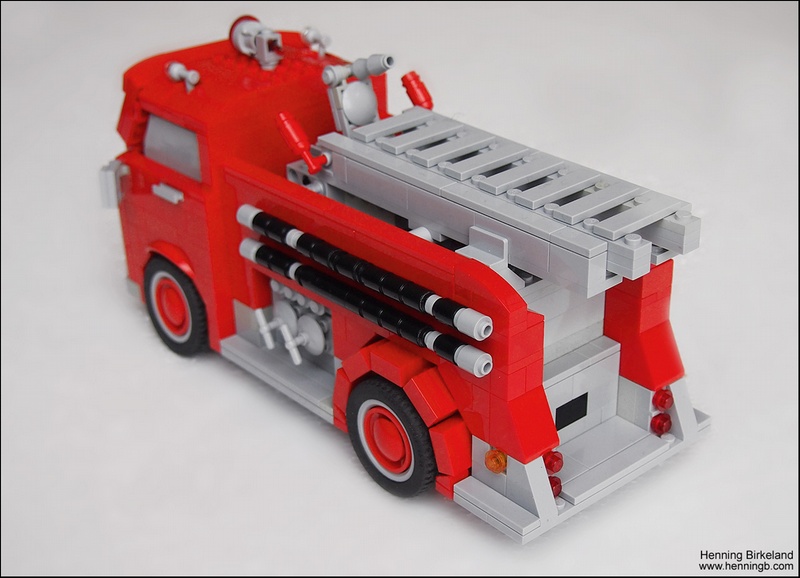 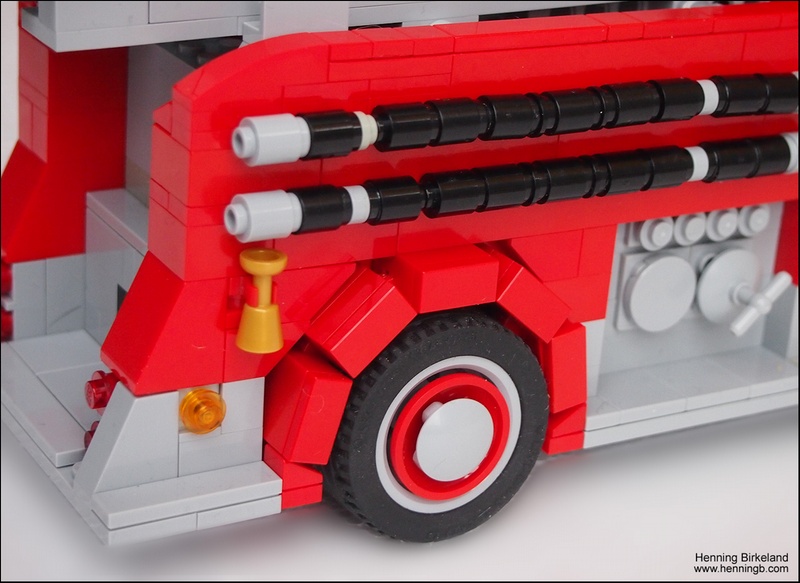 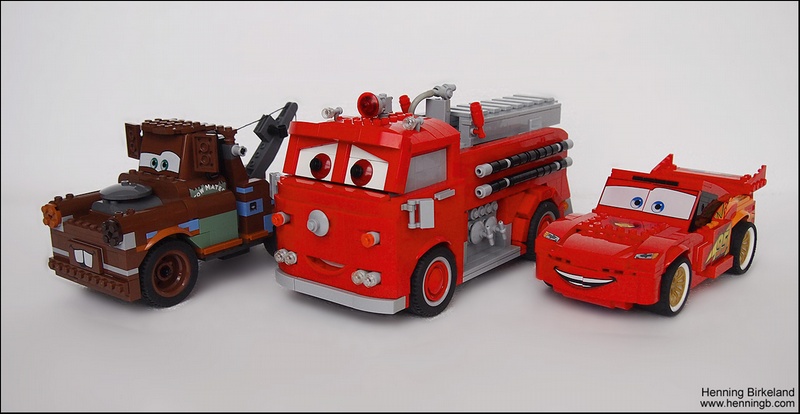 Red together with his friends (Orignal LEGO sets of Lightning McQueen and Mater).