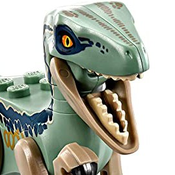 Thank you so much for your support! 1K 🥳

When I first started designing spooky builds, I didn't expect much. But seeing your support and reading your comments really warmed my heart. I knew it wouldn't be as popular as the classic themes, but here we are, hitting the 1K milestone!
It all started with my enthusiasm for the wonderful Lego Hidden Side Theme (RIP). It originally was a MOC with the sole purpose to be a stand for the Hidden Side Graveyard. You can still recognize the shape of the set. I rework the build to be entirely a MOC and it went from an add-on to a tribute!
I know it might be strange to build such a creepy set and add it to your Lego city. But think about it: every town has a graveyard and needs one. Surprising isn't it? But it's not like I came up with this strange idea: Lego has already released numerous graveyard sets (Hidden Side, Harry Potter, Monster Fighters, Haunted Mansion and so on).
It's weird how coincidences suddenly hit you when you weren't expecting them. It was my first submission to Lego Ideas and it's been around for quite a time. But It almost hit the 1K milestone at the same time as my other project: Monster Box The Swamp!
So I was wondering: how can I thank you all for your support? Since Halloween is coming, I though it would be cool to give you a treat! And so, I decided to do a special build, just for you, just to say thank you!
Happy Halloween everyone!