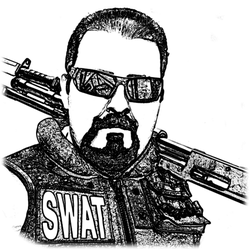 By SWAT
0 comments
During the battle of Hoth, the Rebels had only the ageing T-47 Airspeeder, often dubbed the Snowspeeder, with which to take down an entire legion of Snowtroopers, AT-STs and AT-ATs, but to be fair, they did a pretty good job in delaying the Empire's advance. Now, I wonder, how much quicker would Echo Base have been overrun if the Empire had access to their own sub-zero tolerant speeders?

Here we have my design for an Imperial Ice Speeder, designed from the ground up to operate on planets with sub-zero climates, rather than rely on hastily adapted airspeeders. The Ice Speeder is a low-altitude Repulsorlift vehicle that has heating elements positioned throughout the hull to maintain all internal equipment and avionics at optimal temperatures.

Larger pictures can be found at...
http://swat-strachan.deviantart.com/gallery/43253601 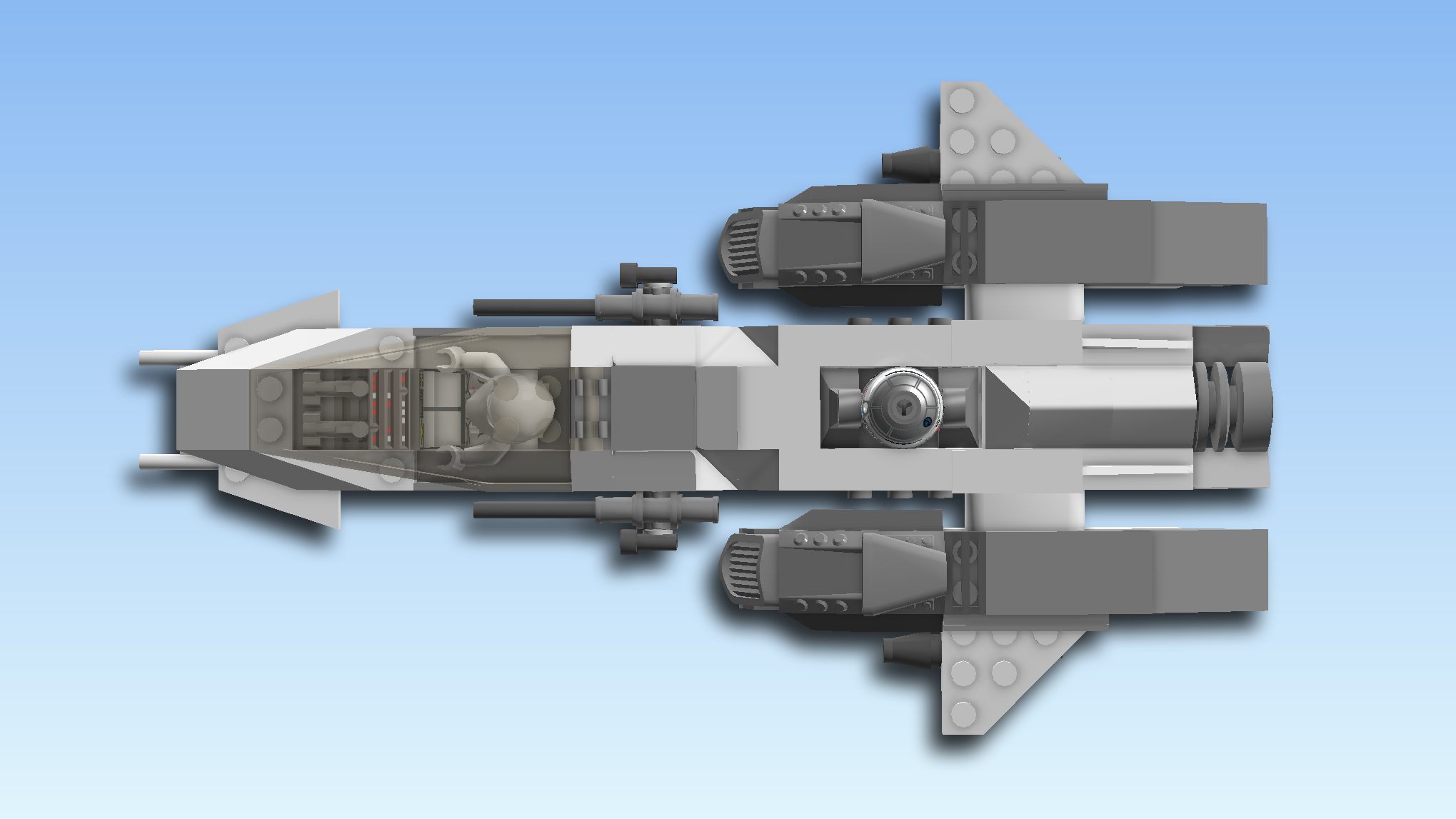 The Ice Speeder sports a pair of high-output engines, 4 medium blasters, 4 forward-facing sensor arrays, 2 (flick) missiles, and a standard interface slot for an Astromech droid. The cockpit is designed to house a Snowtrooper in comfort, whilst still wearing his environmental support backpack. 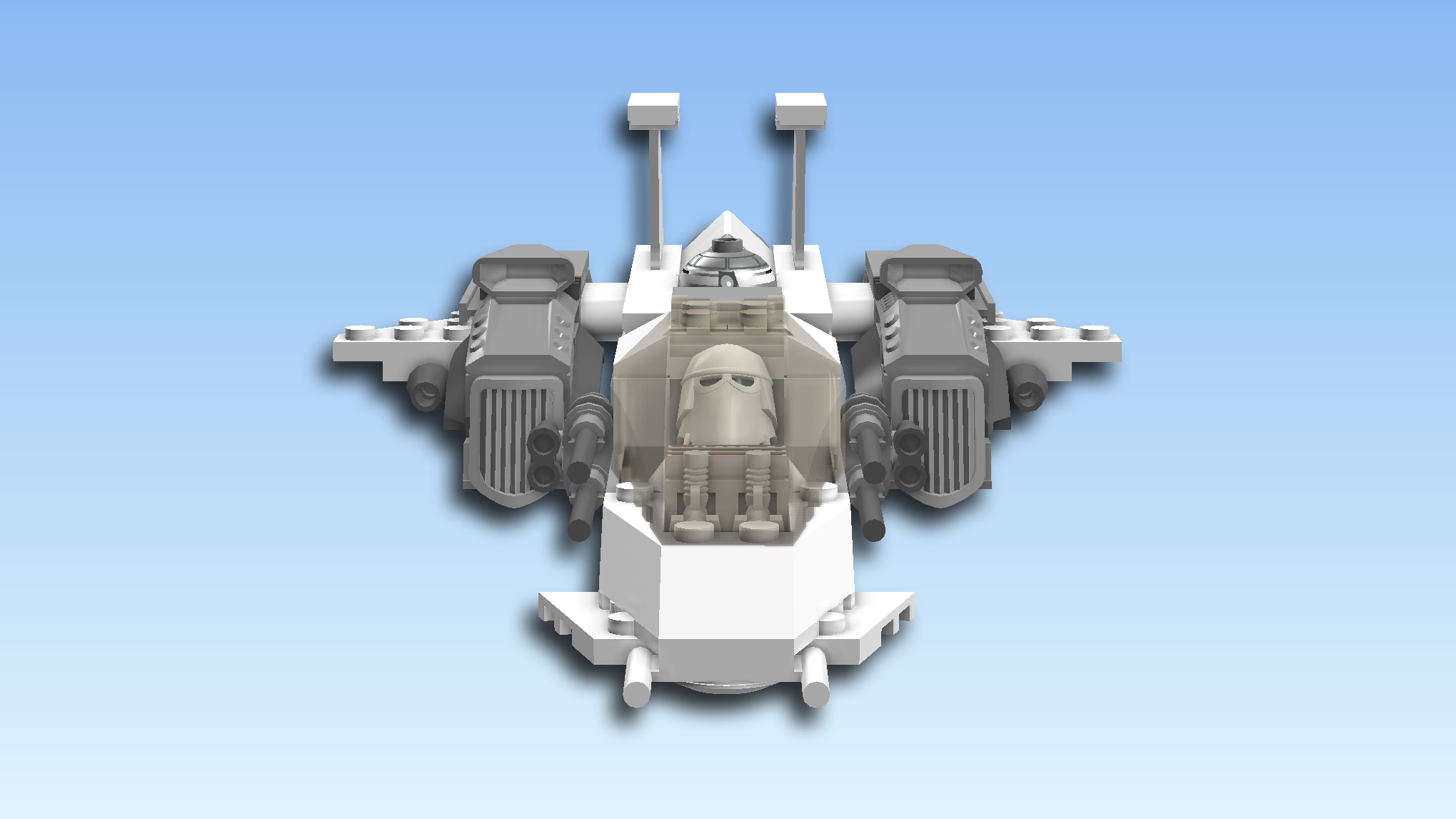 The narrow front profile presents a minimal target for incoming fire, and the multiple flight control surfaces allow for great agility. A large canopy and extended nose section allows for a wide field of view for the pilot, however it does also leave him/her/it somewhat vulnerable to enemy fire. 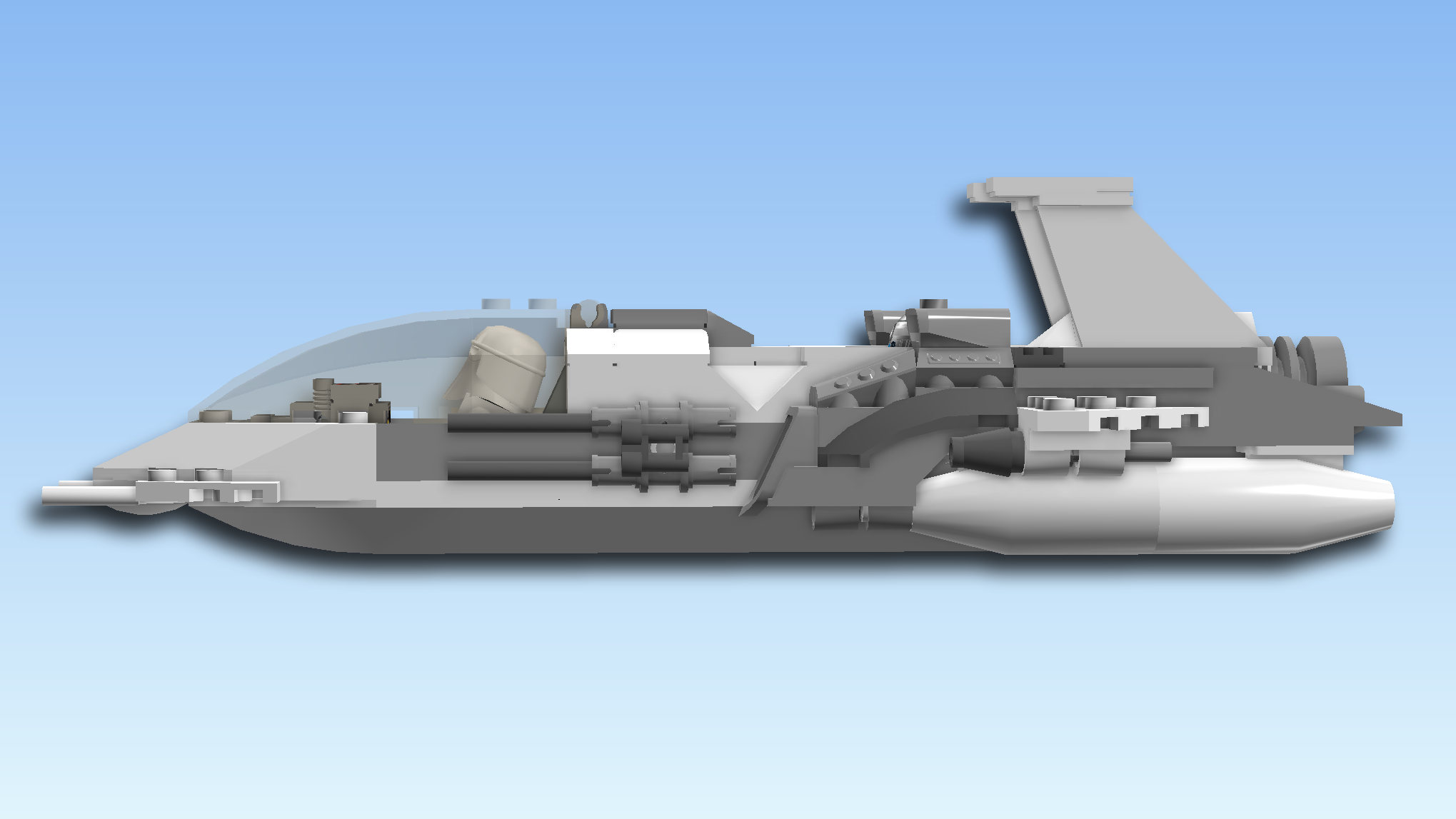 An aerodynamic profile slices through the thickest of planetary atmospheres. 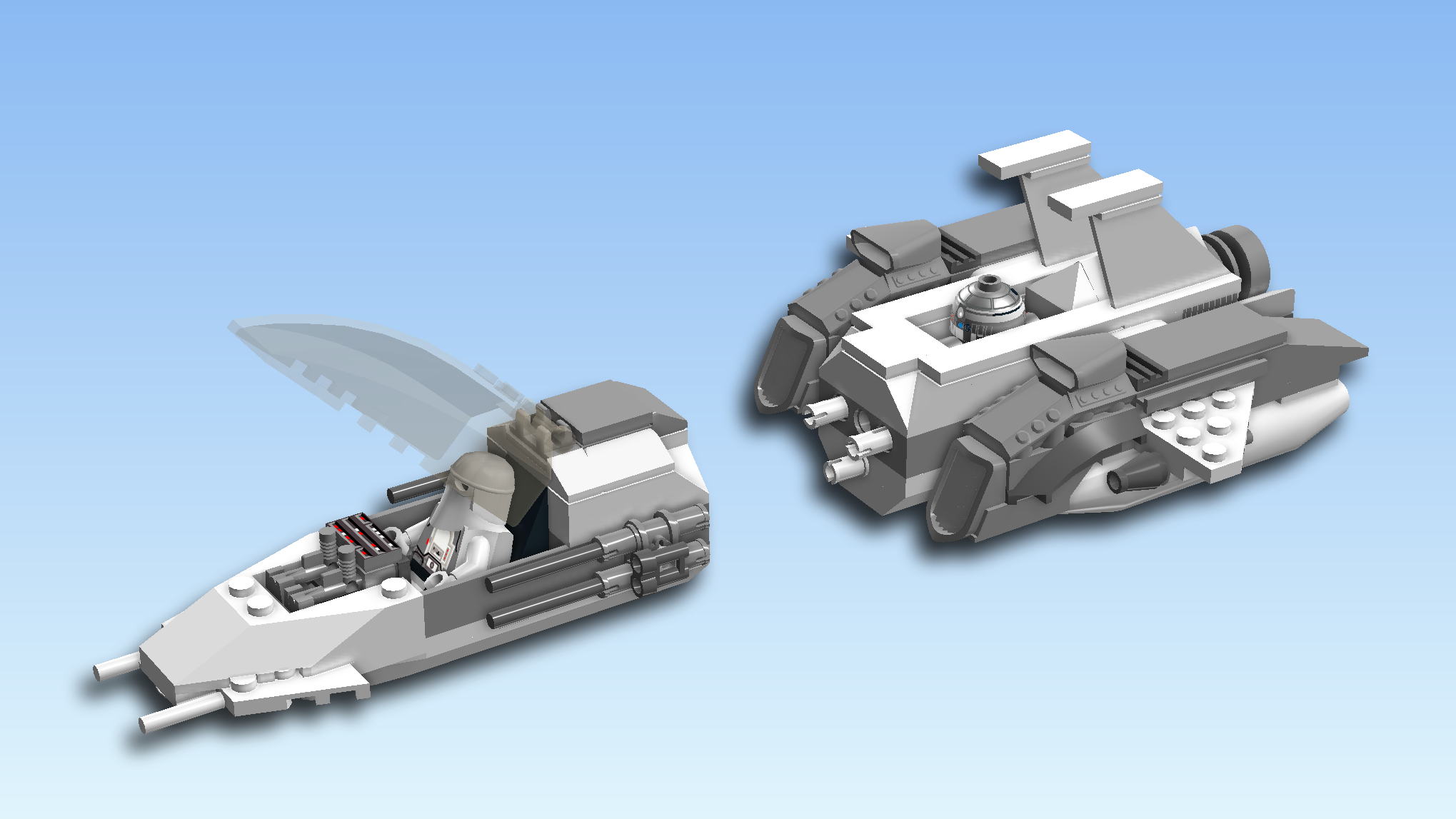 This is the Ice Speeder's party trick. The cockpit can separate from the drive section and continue on independently. This decreases the nose section's top speed, and it loses maneuverability and stability, but the rear section remains mobile, under the control of the Astromech droid, and can act as a sensor platform and a communications relay between the ship and a base of operations.

As a last resort, the twin reactors of the drive section can be deliberately overloaded, and then discarded to provide a huge EMP charge that can disable much larger targets, or provide a defence against multiple pursuing enemy vehicles. The Astromech is considered expendable...