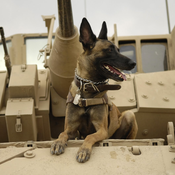 This is a Lego piggy bank in the shape of a standard two by two Lego brick. Four mini figures are included in the set representing, in my opinion, Lego's three best themes. The mini figures included are a standard fireman carrying an ax, representing the city line, Iron Man, representing the Marvel superhero line, Darth Vader, Representing the Star Wars line, and Santa Claus, not representing any lines. In the top down picture the red space represents the hole for money to go into, but in the actual set it won't be red (I made it red because in LDD it was hard to see the hole).

Thanks for reading and please support. :)