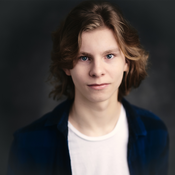 By Mr. Mocster
79 comments
This is the UCS scale working lego bicycle!
This bicycle not only has a working gear system, with a running chain and spinning wheels, but there is also a rubber brake system built into the model!
The features of the model include:
- Working pedal and chain system that drives the back wheel.
Push the pedals and see back wheel spin!
- The front wheel includes a rubber brake system.
Push the brake lever, and see the front wheel be slowed!
- The bike has an attractive, light and sand blue colour scheme, but can easily be swapped to red or green for customization!
- Turn the handlebars and the front wheel turns too!
- There is a chrome rear mirror attached to the handlebar for the rider's safety!
- There is a bright red bell built with a 3 x 3 dome piece on the handlebars.
- The wheel's feature an innovative, brick-built design which is both sturdy and attractive!
- There is a small water bottle and holder attached to the bike.
- The bike can be placed with the kickstand down for posing!
- The bike boasts a realistically sculpted seat, built with suspension details on the underside.
- Small anti-stud sections present on both the front and rear tires allow the bike to be posed, standing straight up, on any studded surface!
The bicycle consists of 762 pieces. although the frame is relatively thin, the model is built with long pole elements to ensure the solidity of the model.
Below is a video of the model being built!