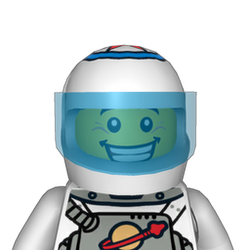 Just a little Manor car I made some time back. Formula 1 has often been a hot item in LEGO but has nearly always been limited to Ferrari (with a very slight exception when they released the McLaren MP4 29 in March 2015). My plan is to create some more variety and add other teams as well. I started with the Manor because the design was pretty easy to duplicate and also to pay tribute to the now collapsed Formula 1 team.

I hope to include this car in some future Ideas so stay tuned for that.

If you like Formula 1 choose this set!! It is easy to make, fun to play with and a good item to add to your F1 collection (which up till now only had Ferraris which can be boring after a while).

Please note! Only the main picture has sponsors because I borrowed it from Roberto on Brickset Forum a.k.a Roberto7g on Eurobricks who makes stickers for Formula 1 cars but on the other pics the car is sponsorless  due to a problem with printing the stickers but I hope LEGO can resolve that issue.

If you have keen eyes you'll notice some minor differences between the main picture and the others. This happened mainly because I'm lacking some pieces. However the red light mounted on the rear crash structure was a deliberate addition which I hope LEGO will incorporate into their future Speed Champions Formula 1 sets

I'm overall still a newbie to making sets so any advice comments & complaints are welcome. So what are you guys waiting for?? Smash that support button and help me get 10,000 supporters.