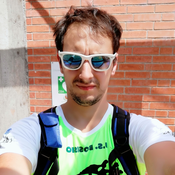 By AleMas87
12 comments
I've create a Skyline of Como, an italian small town placed on the world famous lake. i've insert 3 of the major monument site of the city. 2 in front of the lake are The Monument of The Fallen Heroes of the I WW disegned By Giuseppe Terragni.
It's 30m tall with a chapel in the basement, entirely made of Carso's stone is a memorial of the fallen soldiers died during the war.
The second is The Alessandro Voltas's temple, a memorial room with scientific museum of the world famous Como's scientist in elctricity discovery. The Temple open in 1928 was designed by Federico Frigerio.
This construction have a Neoclassic Lombard Architectural Style with palladian style elements.
The extarnal coating using the same Carso's stones of the Monument of The Fallen Heroes.
The last Monument in my idea is  Palazzo Terragni (Ex Casa del Fascio), now used by Italian Financial Police army, is a world example of rationalist architecture disegned by Giuseppe Terragni in 1932.
This palace entirely built in marble, glass block and steel was created in 4 years.
I've concepted this set because Como is famous worlwide and represent a beautiful part of the central northern Italy.
I live near Como and i want to value with this set the beauty of this fantastic and historical city.