The Pirates of Tortuga 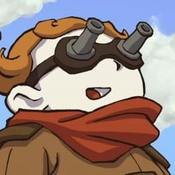 One-two! one-two! ... Work with those oars! Land with your boat at the dock and go down to the beach populated by scorpions and snakes. Venture into the pirate haven of Tortuga Island, but don't get caught, otherwise they'll make you walk on the catwalk to throw you into the sea ... where the sharks swim. Listen to the colorful parrots, perched on wooden poles, repeating non-stop: "pieces of eight! Pieces of eight!". Watch the skeleton of some unfortunate man dangle and he hopes not to make his own end. Explore the cave where the buccaneers have hidden their treasure (and the bones of those who wanted to steal it) and shoot a cannon shot at the enemy ships. Finally climb the tower, use a compass to search the north and scan the horizon with your telescope.