By cutietiny
0 comments
I have designed this model for the City range, giving due consideration to aspects of playability, appearance and function. The model is, unlike many of the Lego seafaring vessels, for carrying people and not cargo, which adds a new branch of potential to the Lego City play theme. While the design is primarily for the City Theme, I have tried to incorporate features which would appeal to an older audience.

I've tried to make the boat as colourful as possible, with blue stripes and the splash of orange at the front, which could be a logo of some kind. The design could be enhanced further by some nice stickers, with images of waves or similar.

Although the black hull piece should give the Pleasure Boat the exciting ability to float, it might of course be a bit too heavy at the front, so a hidden counterweight might solve this. Even better the motor piece could be included to somehow create both balance and movement whilst the boat is in water!

Another exciting and unique feature which should appeal to all audiences is the boat launcher, which is pictured in action below: 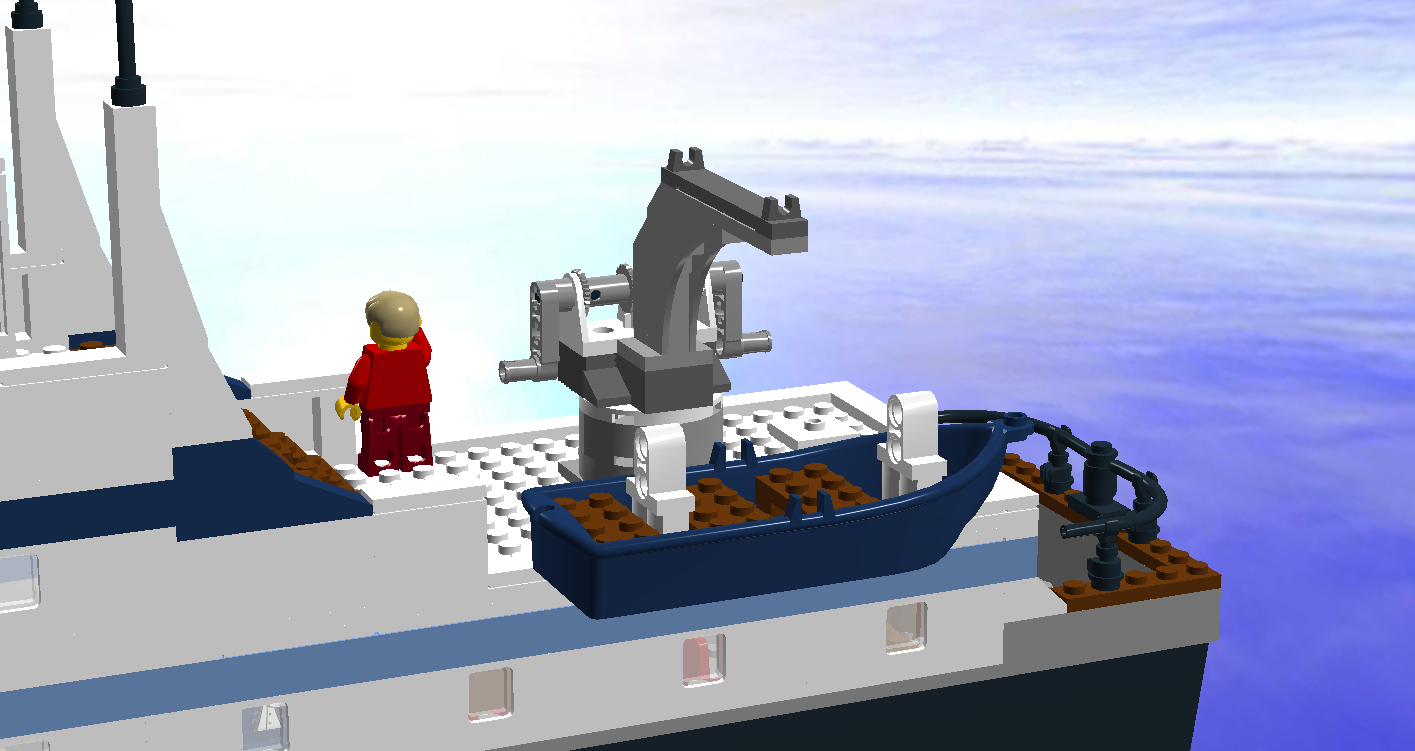 (please imagine two Lego strings wrapped round the drums, resting in the "upright holder" pieces, and each being tied around one of the T-beams on the boat)
This function allows people to rotate the support and hence lower the boat into the water by turning the handle!

Another of the boats leisure facilities is the soft drinks bar which is built in the boats hull, it offers plenty of seating space, and serves soft drinks and snacks to peckish passengers! 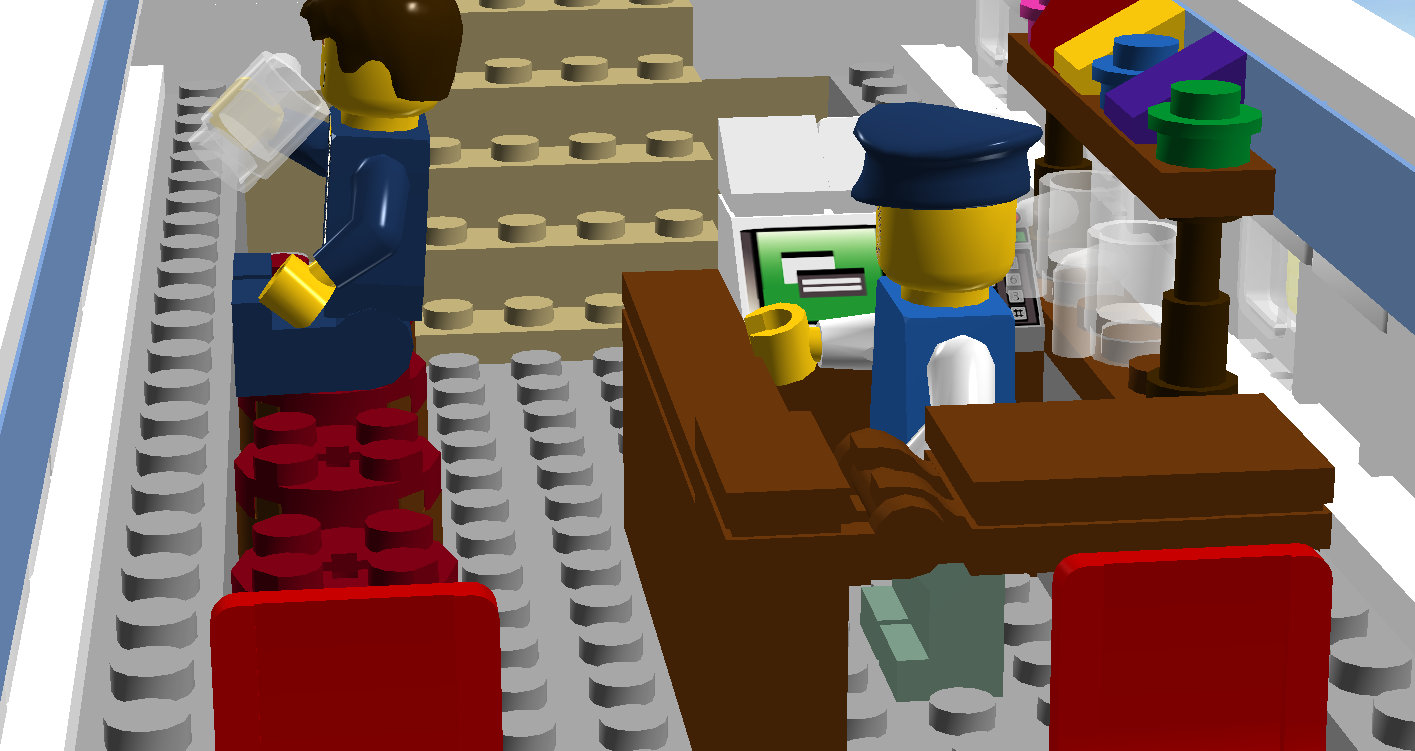 Although it is not shown in this image, there are some family tables nearer the back of the boat, and you can observe that there is a hinged piece to allow crew members to get in and out of the serving area. Again, this is good for playability. Access to this part of the ship can be gained via the door on the front deck, and down the steps. 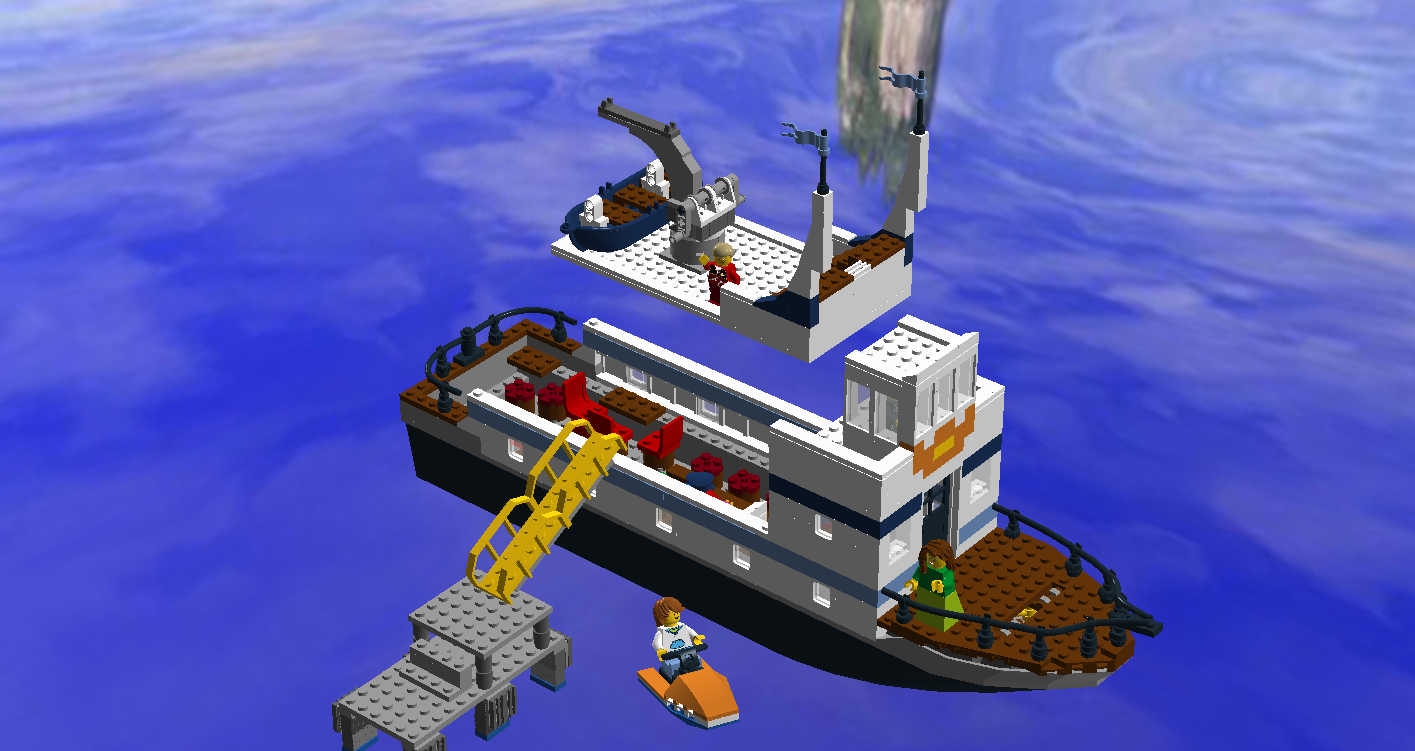 As you can see, the entire boat-launching deck lifts off, giving access to the soft drinks bar.
Also shown is the small pier where minifigures can wait before they climb aboard the Pleasure Boat on the realistic walkway, which could potentially be stored on the deck when not in use.

The jet-ski is a fun feature and compliments the leisure theme. 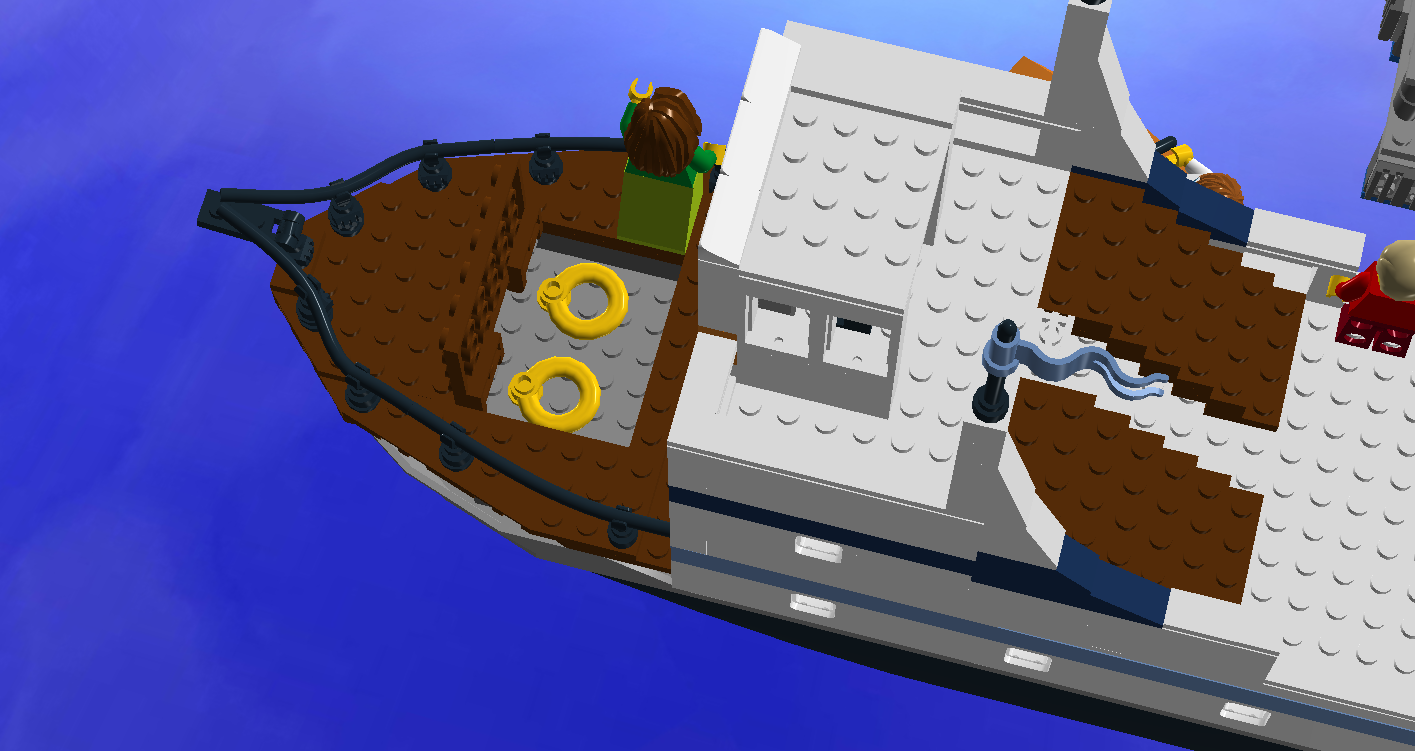 Another small realistic feature which adds to playability is the storage compartment in the front deck, which could hold multiple accessories such as the rubber rings shown. Although I haven't included many accessories in the design, there could also be diving gear and other cool stuff.

The railings at the front might have to be adapted to work properly, but I think they have potential to be a great detail and an appealing design feature.

If you want this model in your Lego City, then give it your support!

PS. I understand that this model holds little appeal for all the AFOLs (adult fans of Lego) who want complex building techniques and minute details, but please give your support on behalf of people who you know would appreciate a model of this kind. Thank you in advance!

PPS. Please spread the word about my project, it may not have a licensed theme, but there's more to CUUSOO than licenses of films and product lines, its also about single model ideas, like this.