By DocRutledge
5 comments
Though not nearly iconic in "Star Wars" as R2 and C-3PO, I felt that there was great symbolism portrayed by the Probe Droid in The Empire Strikes Back. The Imperial Probe droid was a symbol of the great and endless disposal of resources and money that the Empire had. I think it would be good for Lego to recreate this awesome droid from the Star Wars universe. Also, the model is completely original and a probe droid has never before been built to this scale! There are several functions included in the set. The arms are able to fully rotate and bend, the head can swivel fully, and another function that would make this UCS set all the more notable would be a light brick behind the red eye. Also, a miniature Probot would be included on an extension of the stand, such as the lego UCS R2-D2. The miniature Probe Droid gives a sense of comparison in size between the two models.

The model of this Probe Droid is almost fully poseable. The head is able to rotate 360 degrees, the small turret rotates left and right, and each leg is able to both swivel and bend at the joints. However, the antenna's are not retractable. The model on the stand is over two feet tall, and around nine inches in width. The stand is built sturdy and tall enough to allow the legs to stretch; the claws can also clasp objects and are able to shut. Two of the five legs also include needles sticking out from between the pincers, for taking a carbon sample of a planet. 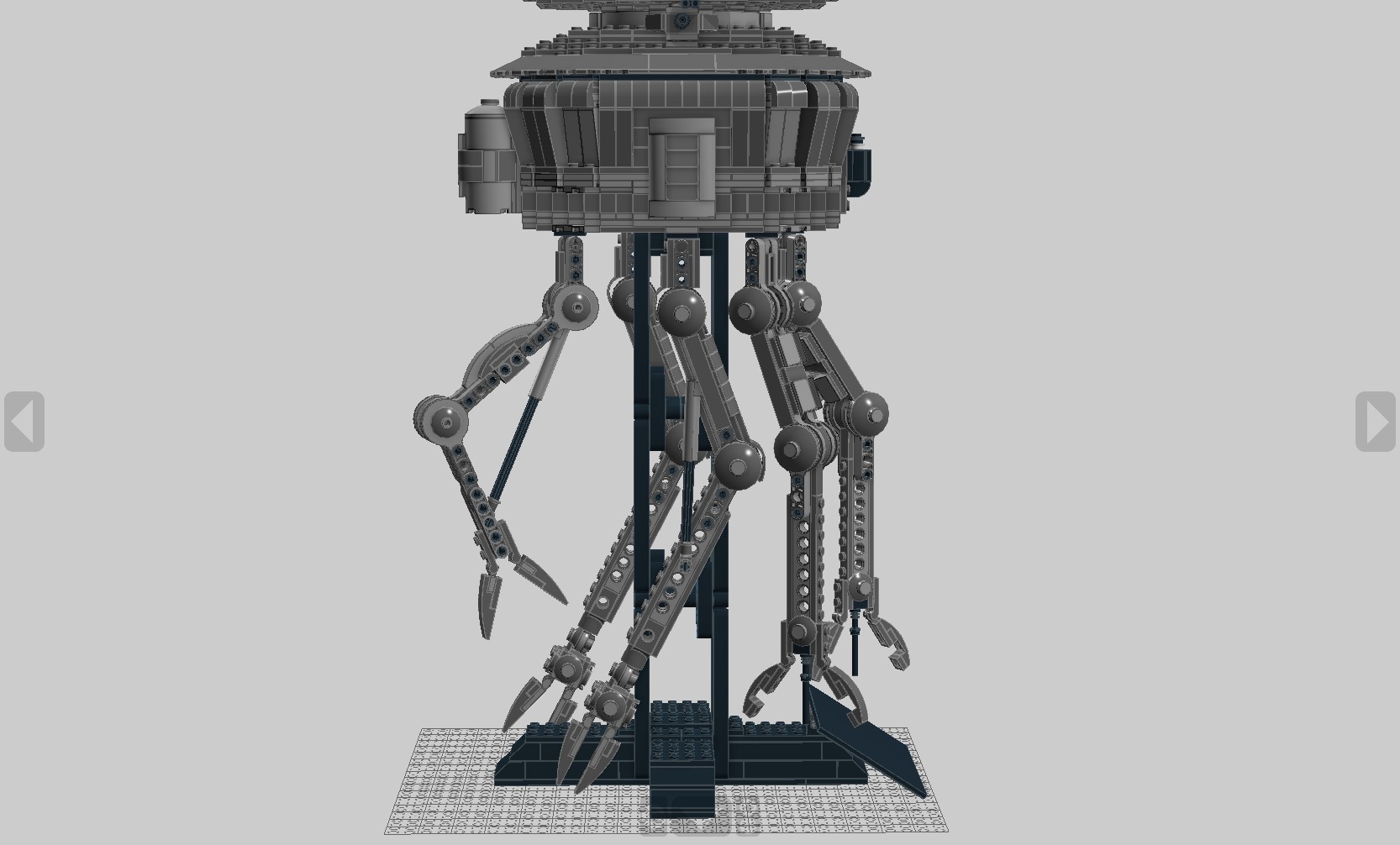 The legs are made all the more realistic with the use of pistons, which both add to the realism and functionality portrayed in the model. Due to the display stand it is difficult to fully swivel some of the legs. There are almost exactly 2000 bricks used to complete the model. A vent on one side of the model and a repulsorlift drive unit on the other serve to capture the details depicted in the movie. 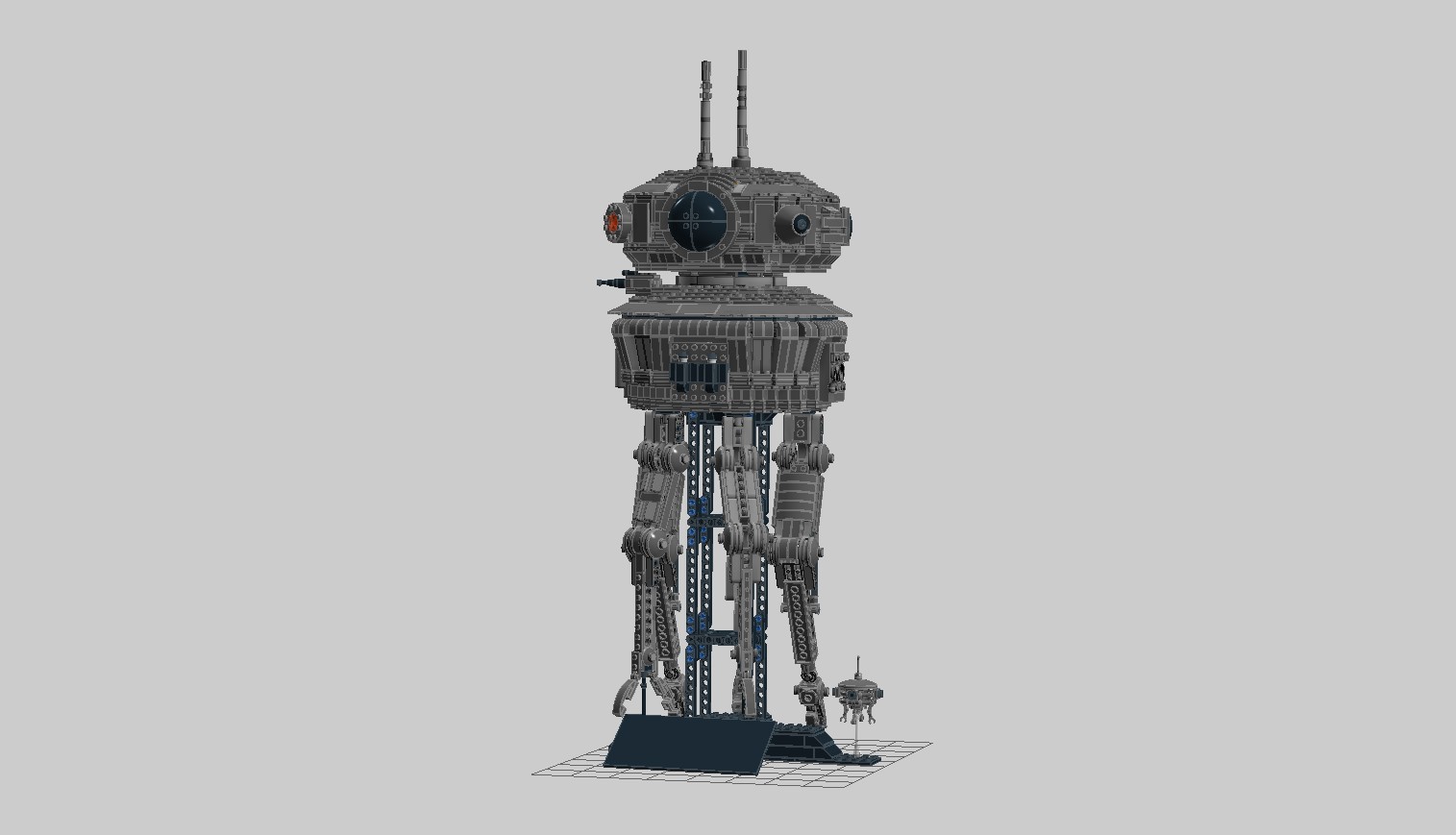 The appearance of the Probe Droid is creepy yet captivating... there are many black eyes like those of insects that circle the head. The legs create a lifeless effect, dangling limply. One thing that Lego could do which would please many fans and myself is to insert a light-brick behind the infrared eye, so that when a button was pressed the Lego model could scan the landscape, such as in the movie. 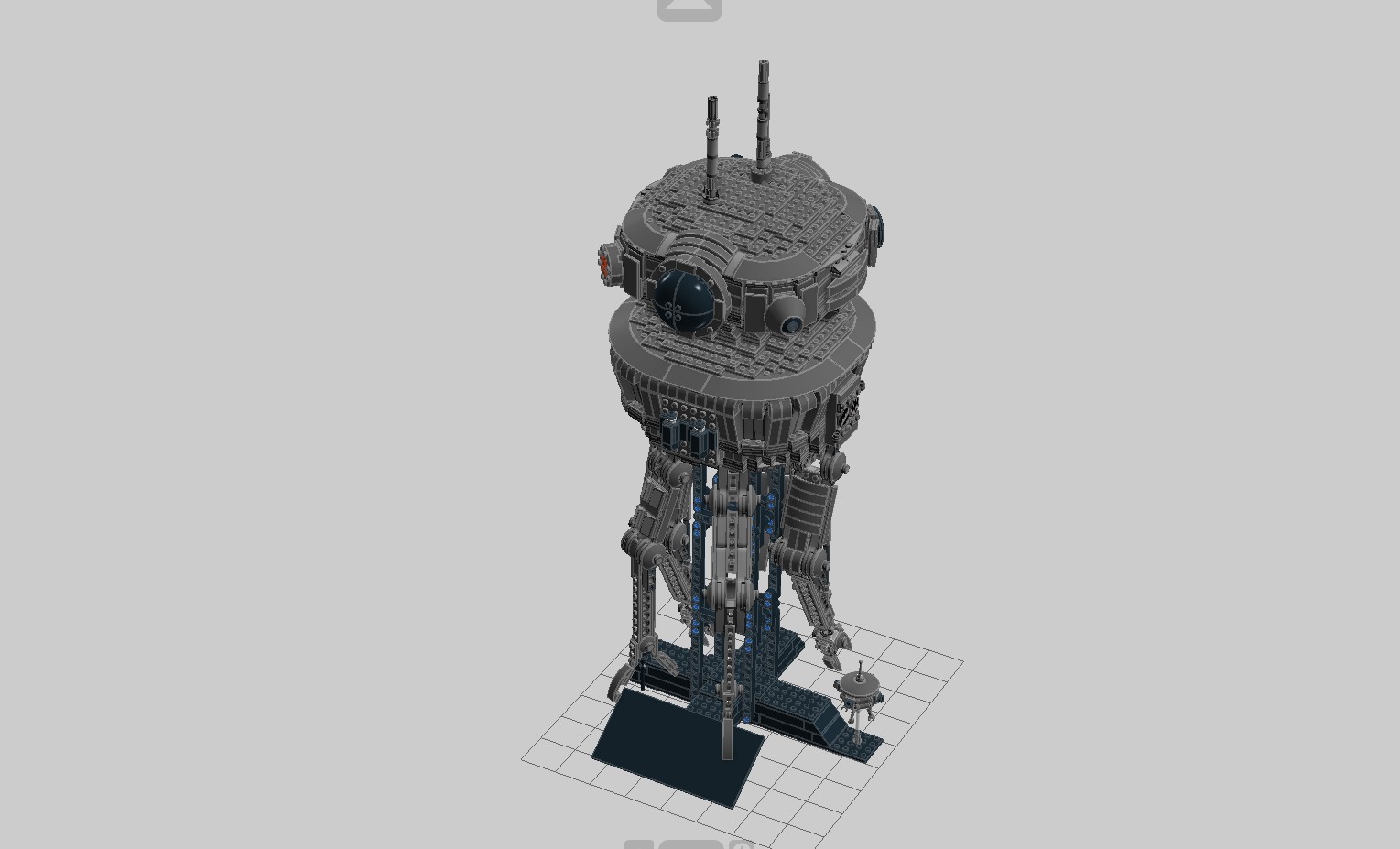 These two bottom pictures show a recently changed version of my model, including a miniature Probe Droid on the small stand. This gives you a sense of the immense size of this model! A display stand would provide basic information about the Arakyd Viper Probot, listing the droid's manufacturer, weaponry, primary functions, and height.