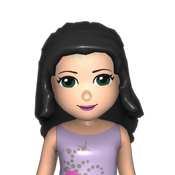 There’s an awful heaviness in the conference room tonight. Guards hover around the room’s open entrance, meticulously examining ID chips as the entering crowd pours past them. Men and women fumble around for a seat, some stumble from not sleeping. The flowing crowd slowly begins to stop. A shaggy, under-dressed man briskly strides through the main walkway, weaving through the few still standing people. Dark circles were under his eyes and his skin was beginning to pale. There was confidence in his countenance that made him pop out from the depressed crowd. Some of the men observed him in curiosity as he treaded past them and up the stage platform. He halts in front of a black podium. The figure helps himself to a small bottle of water provided. The crowd fell silent. Extending his hand, the man takes up a microphone from the stand. Exhausted eyes study the awaiting crowd. “It’s been awhile sense the board and staff have come together,.. and I know that each and every one of us have been gradually forced to new limits these last eight months, but today I wanted us to set aside our labors and come together once again. As I Iook out at all of you I see exhaustion and fatigue, and more importantly I see weary faces and eyes without hope, but today is a day of rejuvenation and of revolution. For we have done the impossible. The enemy that has forced us into survival believes they are untouchable and have already won the battle, and normally so, but what they fail to see is that we do NOT place our strength in our hope and fantasies like their opposers before us, but in the wisdom, knowledge, and extraordinary gifts that each of us use each day. Immediately, the World Order is going to realize that we are far different than their previous opponents. For we shall be their feared nemesis, the thin beam of light that splits the untouchable darkness into. Darkness is natural, just like all the dictators before them, but light must be made, but when it’s created it cannot be tainted. I say all this with confidence, for today we send forth the beam of light that shall dissolve the darkness that has chased us. Evil cannot prepare for this, neither can a giant prepare for the invincible ant. He can fight and thrash all he wants, but the ant will continue to bite. The giant will scream in agony and plead for mercy, but the ant will show none. His life will slowly be claimed by the army of ant bites, and when his head hits the dirt, he will stare face to face with the ant, and he will know just how big the little ant really was. With this said, I present to you the antidote to cure the debilitating sickness that has enslaved the people of this world." Immediately, the lights in the room dim. The wall behind him turns blue, and a black design fills the massive blue screen. He twists around and proudly points an arm at the giant schematic. “Behold, a brutal act of retaliation that the evils of this world have never seen! I present to you 077, project ARCHANGEL!” The audience explodes into cheering, men and women alike jump from their chairs, and thrust battle fists into the air. The immense cries, and shouts of sure victory pounded at his back as the figure gazes in satisfaction at the huge blueprints. A deep electronic voice suddenly interrupts the praising cheers, and booms through the room. “Operator pilot three-three-one, you are needed at hangar bay delta four.” A smirk forms over the speakers face. Gently, he presses two fingers against his ear.

Project Archangel is one of my many story designs. Standing just under four inches tall, 077 “the Archangel” is a special type of mech called a Mobile Suit, and is specially scaled to Lego’s microfigures (also called the trophy minifig) for display purposes. The tiny warmachine has 22 points of articulation, and capable of being posed in just about any way possible. For being as small as it is, (you could fit five of them in the palm of your hand) there is an eye popping 174 bricks in the bare robot alone. Carefully placed colors were chosen for maximum realism and depth. The base 077 floats on, houses a delicately designed, rail sliding tray that keeps all the included weapons safe, and easy to access. Proudly displayed with labeled, auric gold panels. I hope you find this model to your satisfaction and enjoyed the story.