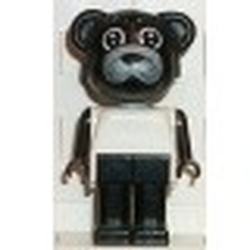 The moment I saw the Microfighter version of the Millenium Falcon on the shelves a few years back, I became an addict. It also didn't take long to want more than just the official models, so I started designing and building custom Microfighters models myself, keeping them in style with the general design principles of the line.

This is one of my smaller models, a Microfighters-style version of Luke Skywalker's X-34 landspeeder, used on Tatooine, as seen in SW4 A New Hope. Being a passenger transport it lacks the customary projectiles so typical of other models but I tried to make up for it by capturing those little details like the colour scheme (including paint scoured off some of the engine housings) or the missing cowling on the port engine.

The final result is this 4-stud wide little speeder with Luke in appropriate Tatooine outfit at the helm, another iconic scene from the SW universe. As it is not exactly a "fighter" there is little hope that we'll ever see it in the Microfighters line but, perhaps, this rather peaceful vehicle can join the others as an Ideas set.