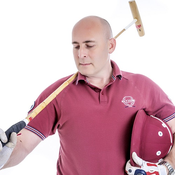 By jwnm69
1 comment
So, I've been thinking about this since the first series of Collectable Minifigs came out with the Clown and the Ringmaster, but a recent TV airing of Cecil B DeMille's 'The Greatest Show on Earth' has finally spurred me on to build 'The Big-Top' as my Cuusoo offering.

The main idea was to use the masts and sails from the Black Seas Barracuda, the curved dirt-track baseplate from the Western theme, the elephant from the Orient Expedition, and the camel and ostrich from the Prince of Persia. Once I'd dragged these sets out of storage, I tried to limit the number of other sets that I took parts from. This caused a few changes, such as ditching the plans to build a railway train with all the wagons for transportation, but having a limited number of parts it did stop the size from getting out of hand. I bought some additional sails on Bricklink for the sides of the tent, and took some parts out of my 'spares and repairs' box, but I tried to keep this to a minimum. (The Clown motif flags are stickers from Idea Book 6000 which I got when I was 10, and have kept the parts with them on for 33 years!)

I also changed my mind about the Minifigs that I was populating the circus with. I stopped using ones from random sources, and took them instead from only the eight series of Collectable Minifigures. Some of them have been misappropriated from their original roles, but it has turned this idea into a sort of CMF showcase for 46 of them! How many of them can YOU spot?

Okay, so it's not a very Politically Correct circus. There are caged animals and also a Side-Show with Bearded Lady, 'Merman' and Human Cannonball, but no Minifigs have been harmed during its construction! 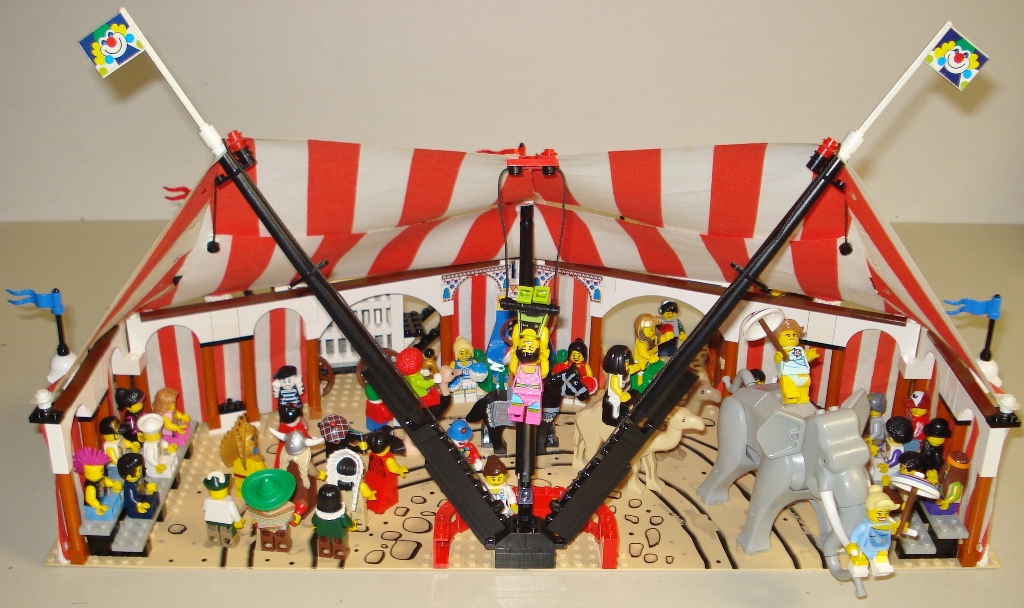 Inside the Grand Parade is taking place, An elephant leads with acrobats, followed by a pair of camels with costumed riders. Next is a Cowgirl with lasoo, and then the clowns - one of them ridsing an ostrich! Finally a Piper leads the 'Parade of Nations' of entertainers in National Dress. The mime artist is sad because he's not included, and on the other side of the ring the magician entertains the crowd. The cheerleaders add to the excitment as the Ringmaster acts as compare from his stand in the centre. A nurse stands by in case there is an accident with the trapeeze artists. 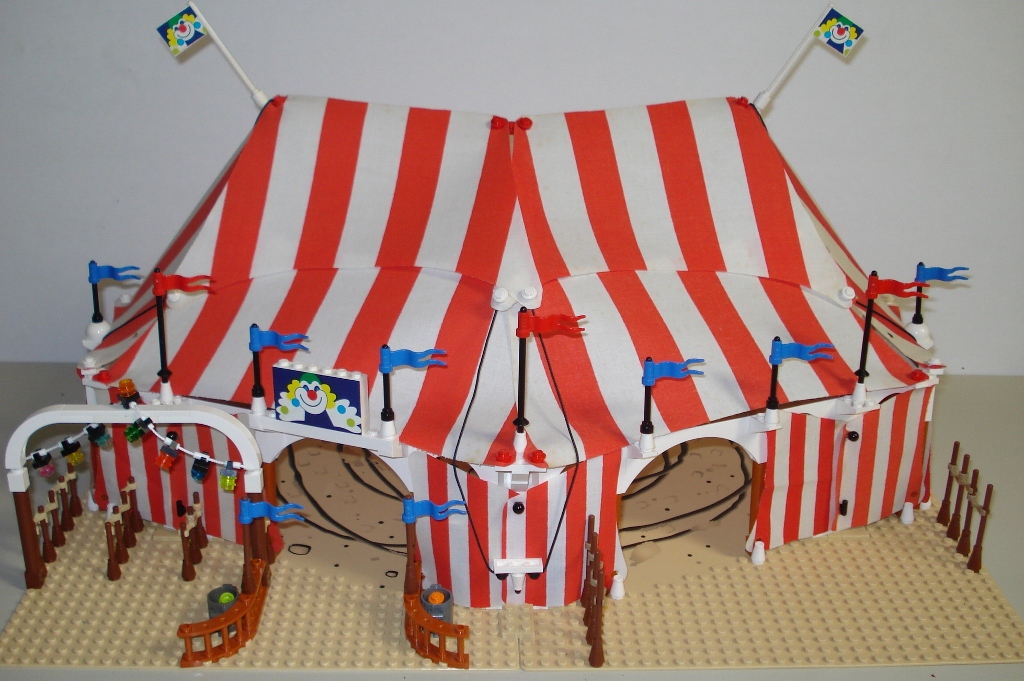 Above you can see the Big-Top without the wagon, or the ticket and refreshment kiosks blocking the view. Five pairs of small sails make up the sides of the tent, each supported by a pair of arches and four 'wooden' poles. You can imagine also how two of these sets could be joined back-to-back to make a complete tent. 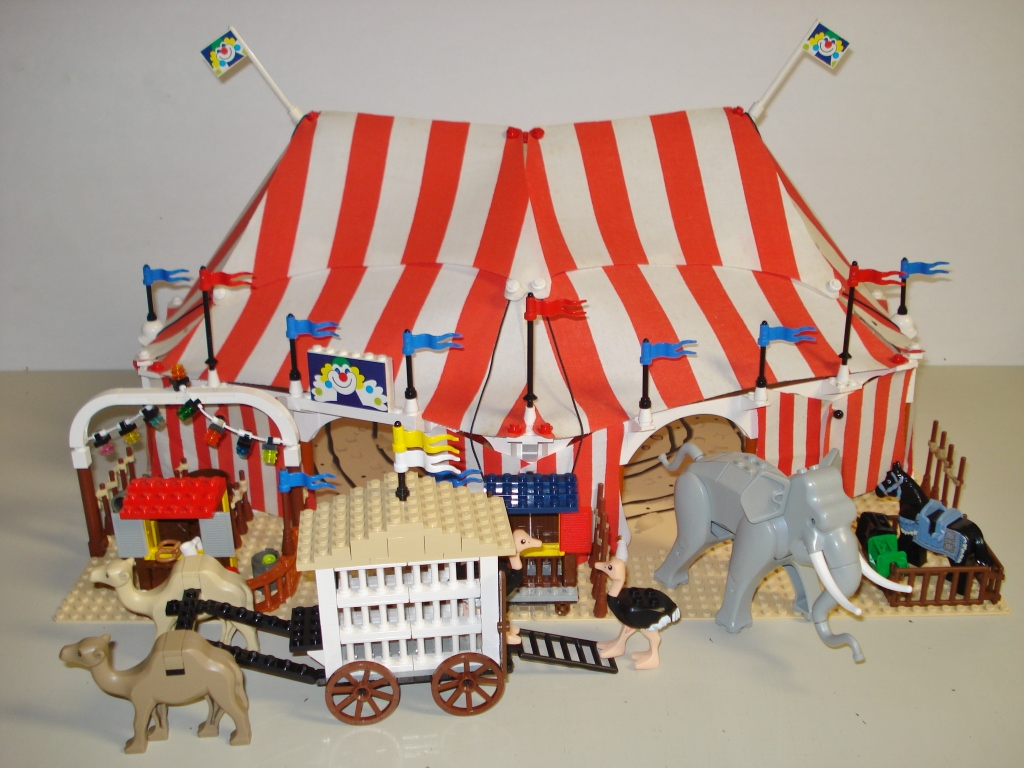 So here is my proposal to aim for Cuusoo success: The Big-Top is sold as a set WITHOUT any minifigures, that can be popluated with your existing Collectable Minifigures, and used as a showcase for them. I know it's a radical idea - given the number of proposals on here for basically a bucket full of minifigs - but it's the one I'm going with! It will significantly reduce the piece count and therefore the price point, making production of the set more likely. The picture above shows the actual proposed contents of the set, whilst the picture below with the canvas removed shows that there aren't really that many parts that make up this set, despite it looking quite big.

I hope that you like this idea and will consider supporting it.

As a final thought: What's in the caged wagon?
Oh, if only Lego made a minifg-scale lion! ;-)