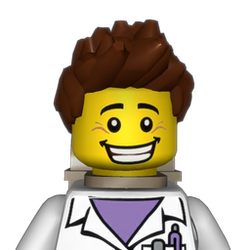 My model is as you can see the famous Jeopardy show. The original daytime version debuted on NBC on March 30, 1964, and aired until January 3, 1975. A weekly nighttime syndicated edition aired fromSeptember 1974 to September 1975, and a revival, The All-New Jeopardy!, ran on NBC from October 1978 to March 1979 acording to Jeopardy! - Wikipedia.

I built this model because it seems like it would be a cool and fun model to play with.

I believe this will be a great model because if you are a Jeopardy fan or any body that would find this cool that they would love this model to add to there collection.