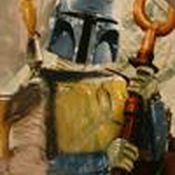 By stoopid
3 comments
Genesis of America. Without, would we have 1776? Government by the people not the mobs of 1917. Its time she is honored by placement in the homes and display shelves of every boy and girl. Hazzaaa!

*Owners of a inanimate object displayed in the public view have no copyright protection to prevent the display of that picture. Nor do they retain any property right in the pictures sale, display, or commercial use. I am not the the originator of the design of the Mayflower, it was designed pre-1620. My design is based only symbolically on the first Mayflower and symbolically on a design by William A. Baker who designed the Mayflower II by commission. I am clearly telling you that the design originates from W. A. Baker who died in 1981. It comes from, back in August 1954 Warwick Charlton conceived the idea to construct a reproduction of the Mayflower to commemorate the wartime cooperation between the United Kingdom and the USA. He had served alongside many American allies in the North African theatre during World War II. Project Mayflower was created in 1955 to build a replica of the Mayflower in England and sail the ship to the United States as a symbol of Anglo-American friendship.
The project's sponsors wanted to ensure proper siting of the ship after it reached the United States. They were aware that earlier reproduction vessels had rotted away after interest in their initial voyages faded. Project Mayflower learned of the Plimoth Plantation museum, and in March 1955, John Lowe of Project Mayflower came to the United States. He met with representatives of Plimoth Plantation to gain assistance in future berthing and exhibition of Mayflower II. In 1951, the museum had already commissioned plans for a Mayflower II from the naval architect William A. Baker of MIT.

Mayflower was more than likely a carrack or nau was a three- or four-masted sailing ship developed in 15th century Western Europe for use in the Atlantic Ocean. It had a high rounded stern with large aftcastle, forecastle and bowsprit at the stem. Lego has previously sold sets based upon a frigate, amoung others.