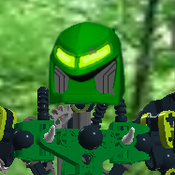 By NatethegreatMO
3 comments
Recently I watched the original Mighty Morphing Power Rangers and played Battle For The Grid. It was very fun and it inspired me to make this.This set includes Lord Drakkon's castle as seen in Battle for the grid, and a small battlefield next to it. It has 6 Minifigures, Jason, Tommy, Kimberley, Lord Drakkon, Mastodon Sentry, and Evil Cenozoic Blue Ranger. this set has 2 stud shooters and multiple weapons and three rooms in Drakkon's castle. It can fold up as well. Based on the comics and Battle For The Grid