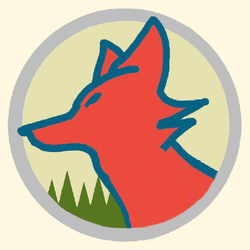 I originally uploaded a version of this Monsters, Inc. project in September 2015, however it did not reach the supporters necessary. But I am extremely glad of this, as it allowed me to critique and completely redesign it from the ground up, to this much improved set. I now present to you-

Based on Pixar's 4th heartwarming movie; Monsters Inc. is about two loveable monsters trying to return a lost child back to her own world, with lot's of laughs along the way. This set depicts one of the key locations in the film; the Scarefloor, it includes 7 brickbuilt figures; Sully, Mike, Mr Waternoose, Randal, Celia, Roz and Fungus, (represented at a minifigure scale) and one minifigure Boo. The main builds of this set are Boos Door, Door Holder, Scream Canister trolley, receptionists desk, and a Monsters Scare leaderboard that also acts as Randal's secret lair.

Play Features:
-7 completely posable brick built figures.
-Use the stud shooter to pretend there was too much scream energy.
-Swap tiles around easily on the leaderboard to create a new scareleader and scores.
-Hide objects in the scream cart.
-Lock in doors, and collect energy.
-After a hard days work take a break and have a drink.
-Rescue Boo from the notorious Randal, and his scream extractor.
-Accessories Include; Mike's Teddy, Coffee Cup, Pencil, Newspaper, Magazine, Photoframe, and many many other printed pieces.

If you want your own LEGO version of the Monsters, Inc. Scarefloor and all the colourful characters from Monsters, Inc. in your home, please support and share my project. It would be amazing and bring untold happiness to me and many other Pixar fans if this set became a reality!

Thank you for supporting and keep building! :D