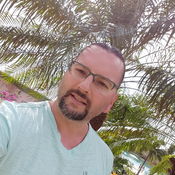 By Rednaxelayzarc
11 comments
Pick one of the six colored Minifigure and the fifteen 2X4 bricks of the same color. Place all Minifigs playing on green plates to start. The youngest player will role the colored die to see who goes first. Then both dice are rolled to then move around the board. One role per turn, doubles mean nothing in this game. Players can not be on the same space or if a player is passing someone else that space skipped.
Example: if at the beginning of the game player one roles and the dice totaling a five, them move that many spaces and place a brick. And then player two also roles a five, they then will go to the sixth space and place a brick.
As you go around, place your color bricks on the spaces, that is now your space. If you land on another players space, place one of your bricks on top of theirs, which gives them another point. Once you have placed one of your bricks on theirs you do not put on another if you land there again.
If you land on a corner, role the color die. If you role another players color give them one of your bricks to place on any one of their towers. If no towers yet still hand them one and when they land on a space they place both on board with their brick on the bottom. If you do not role another players color then that is the end of that turn.
The game is over when any player is out of bricks. Whomever goes out first gets one brick from every other player. Gather all of the towers of bricks from the board with your color on the bottom. That brick plus every brick on top counts as points. The player who has the most bricks wins.
LEG GODT