This is my sixth set of CHIBO'S. This time featuring a set of characters from Marvel Comics-
Spiderman and his whole gang of Villains. 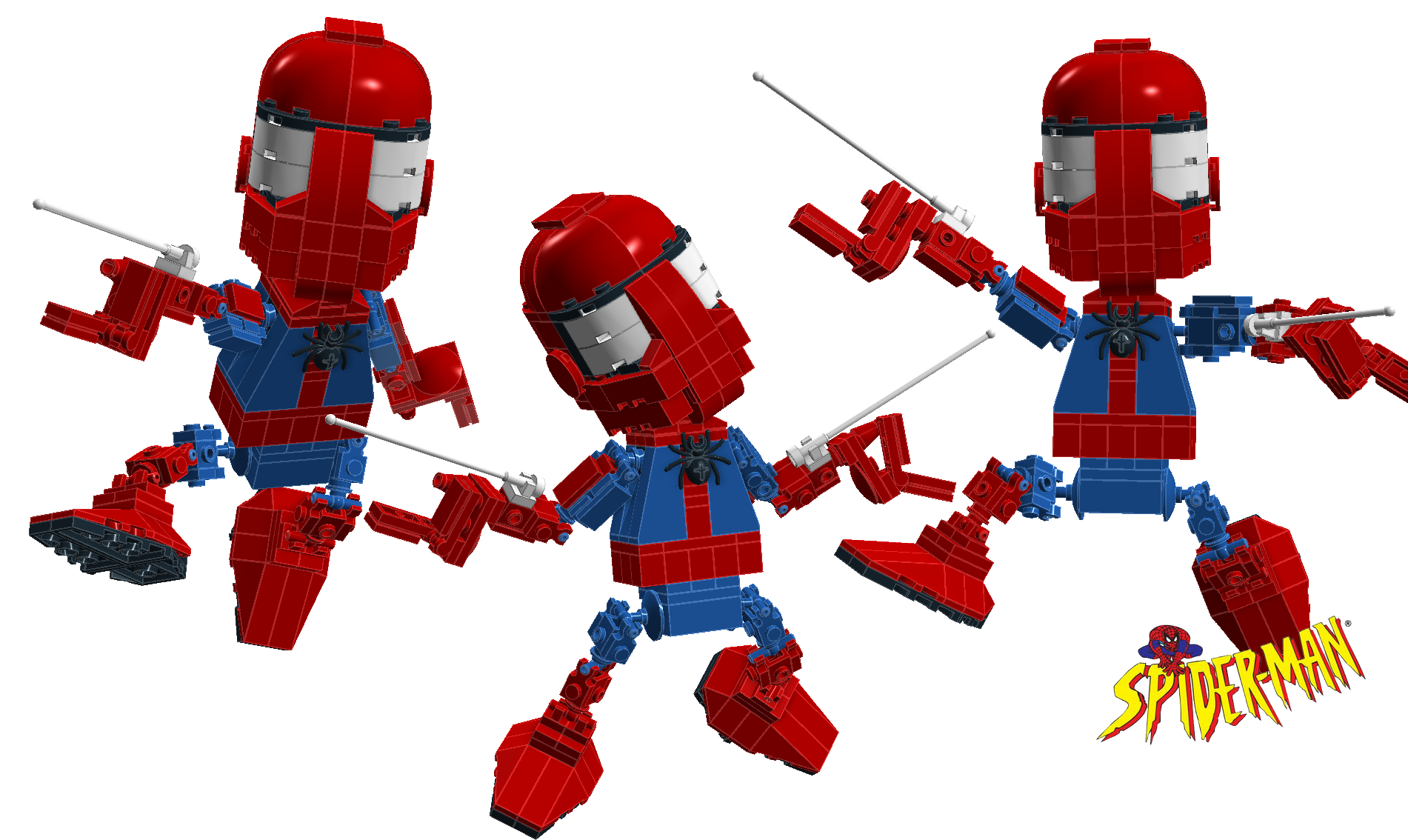 I have many other characters ready to submit.
Hopefully, if we can get enough support we could have a whole cast of characters in CHIBO style.


Each one has between 240 (Spiderman) - 440(Goblin and Glider) pieces and I have packed in as much articulation into these little guys as I can to make them super pose-able and fun.

Each one has ball jointed neck/head as well as full 360' shoulders, elbows, hips, knees and ankles, pose-able fingers as well as some articulated costume parts eg. tail. tentacles etc. 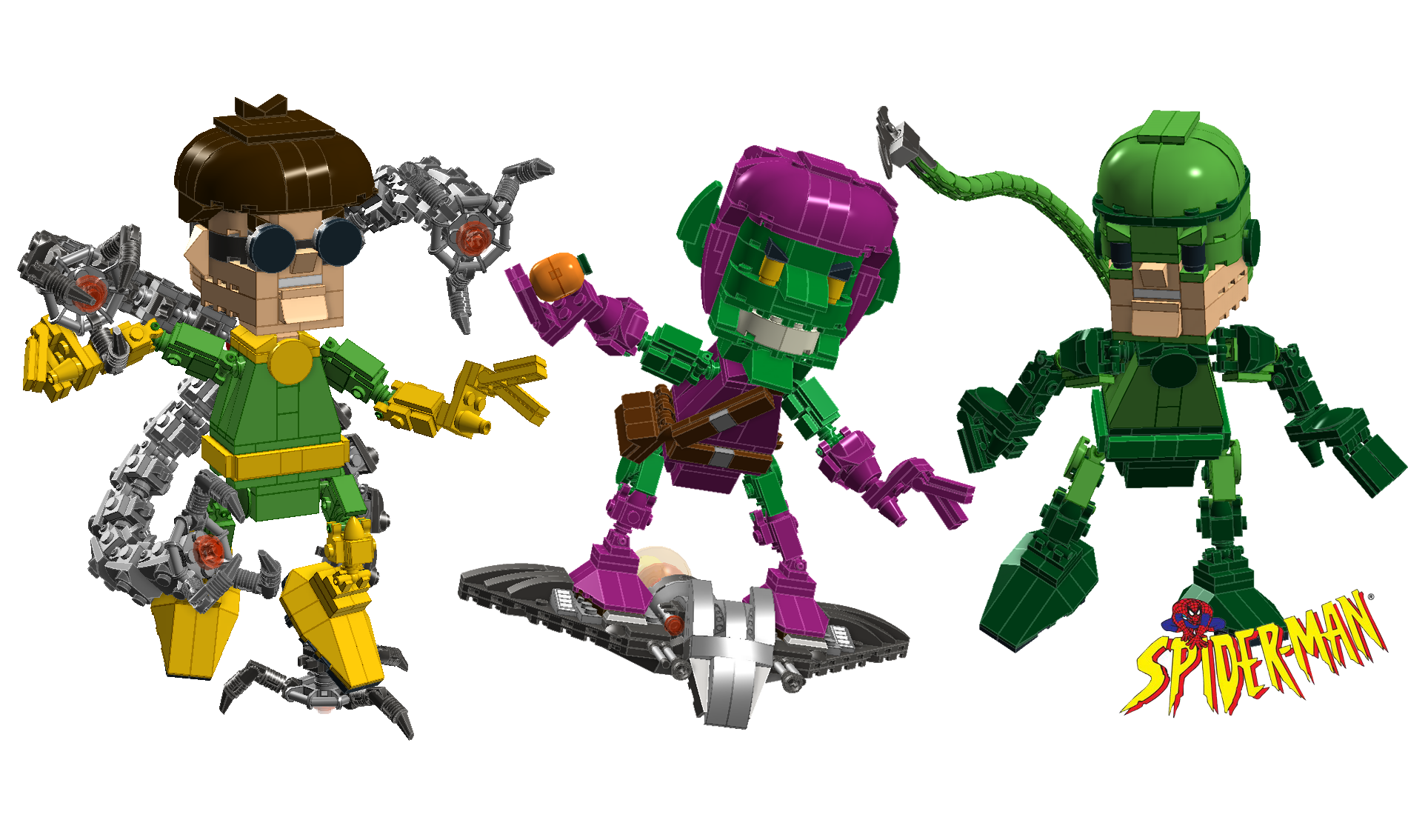 Green Goblin - Comes with his Glider and Pumpkin Bomb. 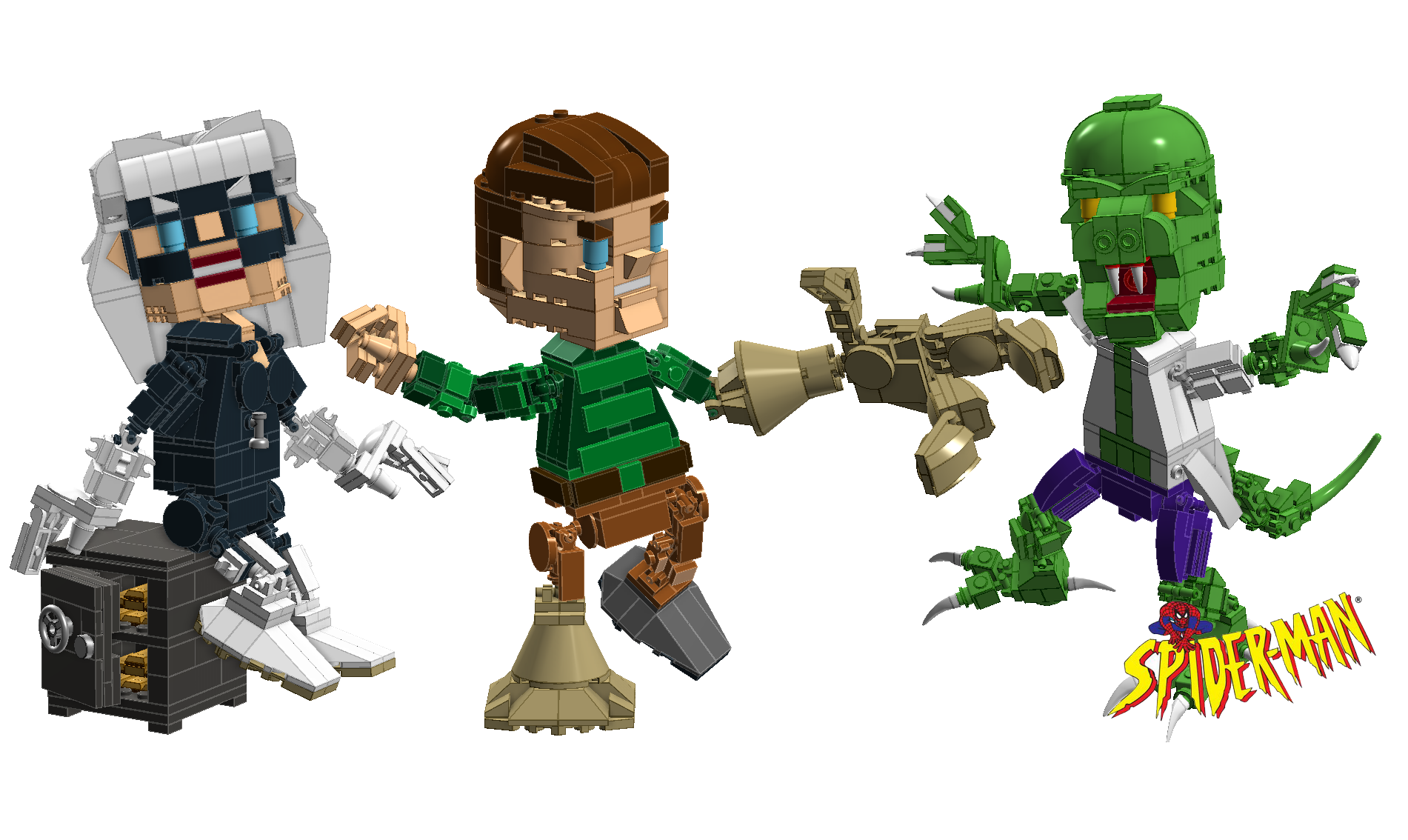 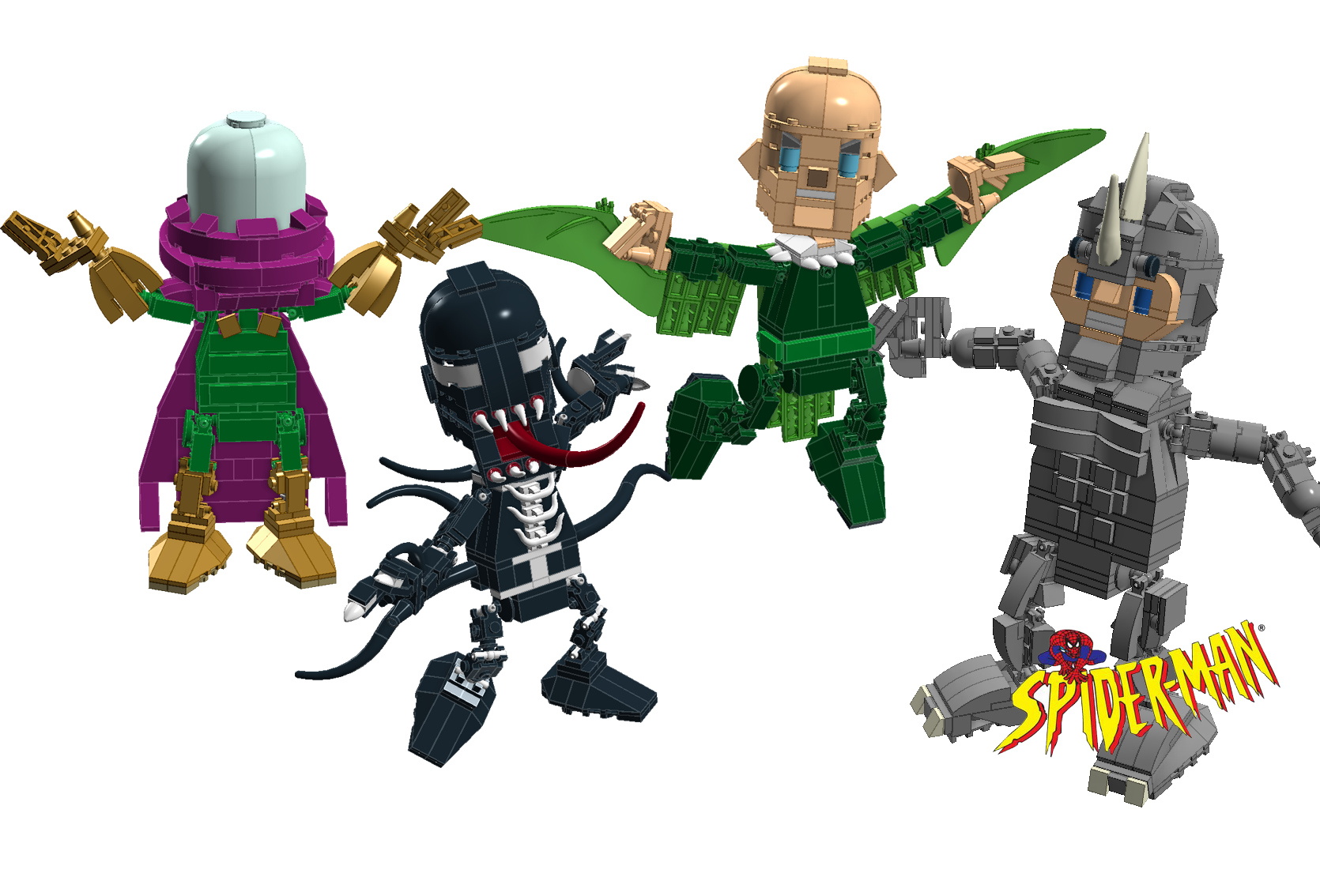 Mysterio - I couldnt think of any accessories for him but i did make a version with a black face under a clear dome version too. I thought this one looked more like the comic version.

Rhino - This is a bigger build with larger body and limbs than any other CHIBO so far.

Thanks for looking and thank you for your support,

Check out my other CHIBO'S-

Please support and leave me a comment!
I will be adding more sets shortly with some really great characters that I hope everyone will love.