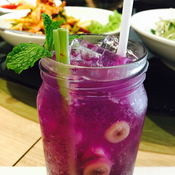 By Fliegender_Fruchtsaft
11 comments
The space glider Artifact Defender X-07 is an armed transporter that was specially developed to safely transport artifacts of the Uzul Dynasty out of crisis areas. It has both, small-caliber projectiles under the front wing unit and guided missiles that can be directed by the third pilot in the rear cockpit. The star engine drive is located in the middle part and is accessible via two doors. Two artifacts can be transported per mission, which are stowed in highly secure transport safes on the left and right hand side under the cockpit of the second pilot.
I built this spaceship while playing LEGO with my niece.
Both, my niece and my nephew are convinced that this spaceship is the best they have ever seen made of LEGO. My nephew is an ardent LEGO STAR WARS fan and thinks this spaceship is better than anything that STAR WARS LEGO has to offer (which I actually can't believe, but he sticks to his opinion). The two have been asking and compelling me for years to send this spaceship to LEGO because they still think it's so great. Without their persistence, I would never have uploaded it here.
I hope it's fun for others to look at it, too.