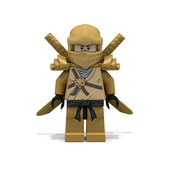 A Lego model of a Rolls Royce Phantom II. Might not be 100% accurate.

Information about the car

It can fit one minifigure inside and it has kind of working doors.

Personally I'm not a HUGE fan of cars, but I like to build them out of LEGO bricks. I think that old cars are cooler than the modern ones. They are not as fast and they don't have many buttons and stuff. I haven't seen old LEGO cars so much so I would think this has some potential to be a real LEGO set. I would be very happy if it would be a real set.

If we can hit 10 000 supporters we can show that the old cars are cool too!