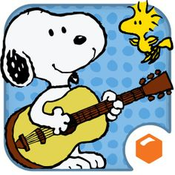 By IshootLaser
28 comments
This is a LEGO architecture style recreation of my hometown, Xiamen, a.k.a. Amoy in local dialect.
Amoy is a coastal city in Southern China. It was a trading port in 18th century with rich history. It has since developed into a popular tourism destination and gain its place in business and trade. Its history and beautiful landscape which make it an interesting LEGO product, even though the city is not as famous as Shanghai or San Francisco. The combination of  modern districts and historical sites make it a unique build compared to other architecture series.
Back in the old time, the city was two islands: the main island and Gulang island. The main island belongs to the Chinese government of the time, while Gulang island is occupied by foreigners and used as international settlement. The main island is a small fishing village; a custom office is on the main island.
As time passes by, modern architectures merged from the city.
This build captures both the old architectures and the new architectures. I will explain from left to right. Please refer to the last photo, which indicates all landmarks recreated in this build.
1. Gulang island: The island once used for international settlement. There is a huge stone status of the Qing dynasty general, Zheng Chenggong, on the left side of the island. The island's most famous tourist site, Ri Guang Yan (sunlight rock) is at the center of the island. The island is scattered with various architecture western styles, since many foreign countries establish their presence on this island. Right next to the island is a ferry boat going from the main island to Gulang island.
2. Huwei mountain weather station. It is a weather station on mountain top of Huwei mountain. I think it has interesting shape, so I included it.
3. Minnan plaza. It is one of the city's earliest 4-start hotel. The body of the buiding is triangular. The circular floor on the top is actually a rotary restaurant.
4. Custom: Amoy's new custom building, built after 2000.
5. Sha Po Wei: Back in the old time it is the harbor for fishing men. They parked their fishing boats in Sha Po Wei, and sailed into ocean for fishes from here.
6. The twin towers: These towers are used for business. There is a mall between the tower.
7. Yanwu bridge: a bridge right next to the twin tower.