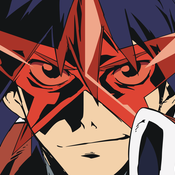 What are you seeing?

Hello everyone and welcome to my very first submission for a LEGO IDEAS set! After 5 long months I'm happy to finally hand in my take on Metabee from Medabots!

What is Medabots and who is Metabee?

Medabots is a classic anime series, from the 1990s, with a plethora of video-games and model kits!

In the 22nd century Medabots have taken the world by storm! Kids, as well as adults, engage in what is known as Robattles. During those, they command their Medabot in order to defeat their opponent. Enter Ikki Tenryou, a young student aspiring to become the World Robattle Champion! Only problem is that he cannot afford most of the models and therefore does not own a Medabot. Although that changes, when his close friend Erika is attacked by a group of thugs. To defend her, Ikki rushes into the store and with what little he has, he buys an old KBT-type Medabot. Using a medal he found nearby, he activates it and quickly rushes back to his friend!

That old KBT-type is none other than Metabee himself! He is a headstrong and self-aware Medabot. During the run of the show, Metabee and Ikki learn to trust, respect and work with one another. They both want to reach the top and none of them can do it alone! To defeat his opponents, Metabee uses the cannons on each of his arms. But that is not all! His ace in the hole is his Special Attack, the Seeker Missiles! He launches two powerful rockets from his head, which follow the opponent's every move!

Why did I decide to build Metabee?

I always enjoyed the concept of Medabots and was in love with Metabee's unique and iconic design. With his old-school, robotic look I thought he would look great if built using Legos! Wanting to stick as close as possible to the original design, I decided to create his Tinpet (the inner skeleton) and the outter armor as individual parts. That way, during the build, one will be able to have the full experience of creating a life-size Medabot!

But this could be only the beginning! In the show, the outter armor parts are interchangeable. This means that one can modify parts or create anything they fancy! They can then piece them together with the Tinpet to create their own unique Medabot! Seeing that Legos give people the ability to build inumerable shapes and forms, I wanted to introduce Medabots to that concept.

Information about the build

With 2995 pieces total, Metabee stands tall at 80+ cm height. That makes him an extremely accurate estimation of his anime counterpart, which is mentioned to be just above 90 cm.

My main focus was to make him as playable and poseable as possible. I would not be satisfied unless he could successfully pull off most of his memorable moves, such as his Medaforce pose. To that end, I gave him articulations on his head, shoulders, arms, hands, back, legs and feet! That way, he is able to distribute his weight evenly in order to stand properly.

By supporting this build, you are giving me courage to keep doing what I enjoy most. But also, you are assisting in spreading the word about Medabots as a franchise. With the recent old-school anime renaissance, I would love to see Medabots back into the spotlight with a reboot or a new anime adaptation!

I would like to thank you for your time! Seeing a character come to life, straight out of my childhood, has been a dream come true!

Now, to paraphrase Metabee... "It's Time! To Kiss Your Build GOODBYE!!"