Castle on an Island 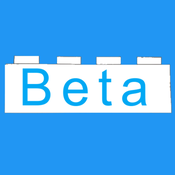 A tower on an island. Who knows how it got there or who built it, but now it is the home to a lonely inhabitant who seems to be keeping everything running.
One day I grabbed all my 1-by, 2-by, and textured bricks in light gray and dark gray together to see what I could build with them. I started building a tower, then decided to build a rocky cliff and beach around it, followed by an interior. From suggestions, I decided to make an underground portion with a trapdoor and the project grew from there. It has faced many add-ons, rebuilds, and modifications since it was first started. The build is only half of the island and castle which provides room to play or to be put against a wall for display but a second half could be added on. It has plenty of tiny details and would make a great set. This project is my first submission and first big MOC. This very detailed piece would make a great display or play set.
The base of this build is the water and it has a few waves represented by curved slopes. The beach has sand, a few sand dunes and some trees scattered around. The left side of the castle has part of a shipwreck that has washed up and the right side has a tree with a place to use the bathroom (complete with toilet paper). The base of the cliff has a few plants and the cliff has rocks that are made with slope pieces placed at random to provide an interesting design. The front of the island has some steps up to a flat area with plants and greenery and a path that leads around back.
The castle was made by placing bricks at random to give it a run down and old but also slightly natural look to it. Inside there is a ladder heading from the top to the bottom of the castle to give access to each floor. The top has crenelations, a telescope, and flag. The second floor is the living quarters and has three windows, a bed, a barrel with some supplies in it, a picture, some books, and a coffee mug. The ground floor is the weaponry room as well as kitchen and it has food, a cooking fire, water, and a food preparation counter. This room is also where you will find the hidden trapdoor to the basement. The basement has a cave-looking entrance with a jail cell that has an opening door in one corner, a treasure chest filled with gold in another, a pile of bones, and a few torches on the wall.
I hope to add many updates and improvements in the time ahead so please comment with any suggestions you have.
Please tell your friends, family, and anyone else you know to support this project too. See you at 10,000!