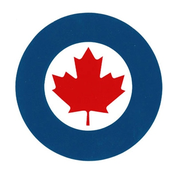 This is my Mark IX Hawk Lego model from the 1970s TV program Space: 1999. The Hawk only made one infamous appearance in the series but has been a fan favourite ever since. It shares similar design features with the Eagle, especially the command module, but is smaller and more agile. For its appearance on television, the Hawk was painted with orange markings to distinguish it from the Eagle.

My Hawk model is built to minifig scale and comprised of several modules (the command module, life support module, the service module, and the main drive assembly). I designed this model to be built and assembled in a similar manner, as seen in the accompanying pictures. The interior of the modules are fully detailed as well. I hope you enjoy this creation and I would greatly appreciate your support!