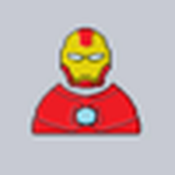 The complete set of all the Alien Mechs, in one bundle.

Black - A heavy mech made for both melee and ranged combat, using a plasma beam and a short sword made of durasteel.

Red - The most agile of the mech's, Red can jump over large obstacles easily with its rocket assisted jumps. Equipped with two plasma cannons, this mech is very dangerous.

Blue - A heavy mech made for mining rare minerals, Blue is equipped with an extending hand as well as a durasteel quintadrill.

Green - Green isn't really a mech, but this rover can travel at high speeds over areas to scout out rare minerals for Blue.

This is the complete bundle of all four mechs, i have built two of them in real life and two in LDD. I hope you enjoy them!