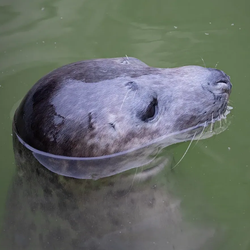 Hi everyone, I’m submitting the famous hut from the Donkey Kong series!

I based my build on the game “Donkey Kong Country Returns” but the hut is almost the same in every game. I have played the game some years ago and really like it. I made the hut because that’s the place where every new adventure begins.

With the recent announcement of the Lego Mario sets, I think that the Donkey Kong series also deserve their own Lego set.
About the game:
The game was released first for the Nintendo Wii in North America in November 2010. In the game, Donkey Kong and Diddy Kong try to defeat the Tiki Tak Tribe who have taken over their island.
About the set:
- The set contains 1787 pieces.
- It includes the hut, the cave and some palm trees.
- I also made Squawks the parrot and Rambi the rhino.
- You can remove the roof of the hut for easier access to the inside of it.
- I also added some fun props like a boombox, a barrel, a hammock, a red balloon and a bunch of bananas.
- I would like to have a Donkey Kong and Diddy Kong minifigure in the set but I don’t know how to design them. :(
- I designed the set with LDD and rendered it with Studio 2.0
If you like my idea, please consider supporting it!