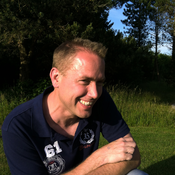 By Fachmann
45 comments
Having made my first version of a train turntable for DUPLO, I received much encouragement to make a version of the RC Train. So I decided to go ahead a make one.

My goal with this version of a train turntable was to make it out of existing LEGO bricks and make it work on a flat surface.

First however I need to find a way to make a circle that would retain its structure. After testing several possibilities I found a version that worked both in real bricks and in LDD.
Using on half of the flexible train tack, I found a dimension that worked and gave a stabile transition from the tracks to the turntable.

By many requests and approved by LEGO CUUSOO, hire are the LDD files

See test of the turntable on 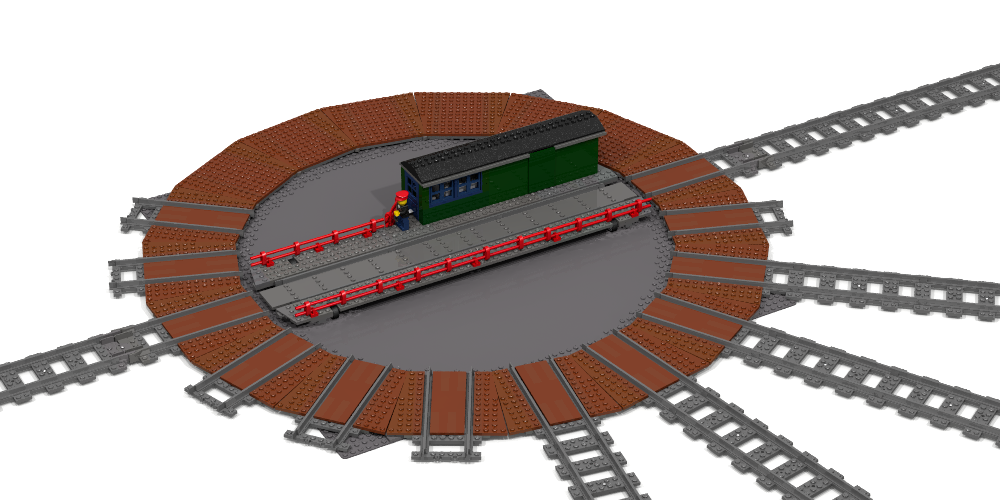 Using 4 baseplates used for the LEGO CITY road baseplates gave the right look to the turntable. One small 2x2 turntable holds the track turntable fix in the centre.


The flat surface
After trying several possibilities I found that I could make a version that was only raised by one baseplate and on tile. This makes it easy to fit with a track on a flat surface. 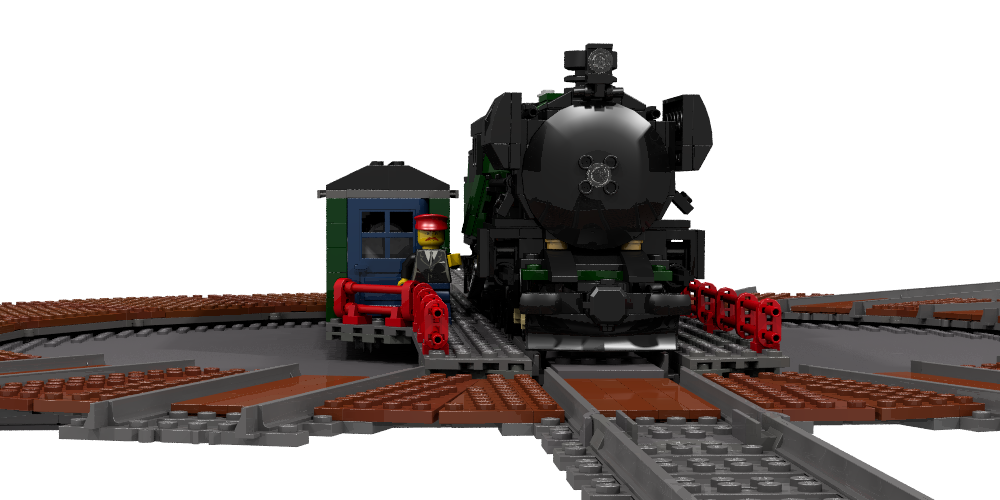 The function
Using a M-Motor and IR Receiver the turntable runs slowly and smoothly enough for the controller to align the table with the tracks. Small wheels on all four corners ensure the stability of the table. 2 opposite wheels are run by the motor.

See test of the turntable on

The Modules
The turntables really need a roundhouse to be complete. I have made 2 versions an end module and the middle module that can be combined to any size roundhouse. 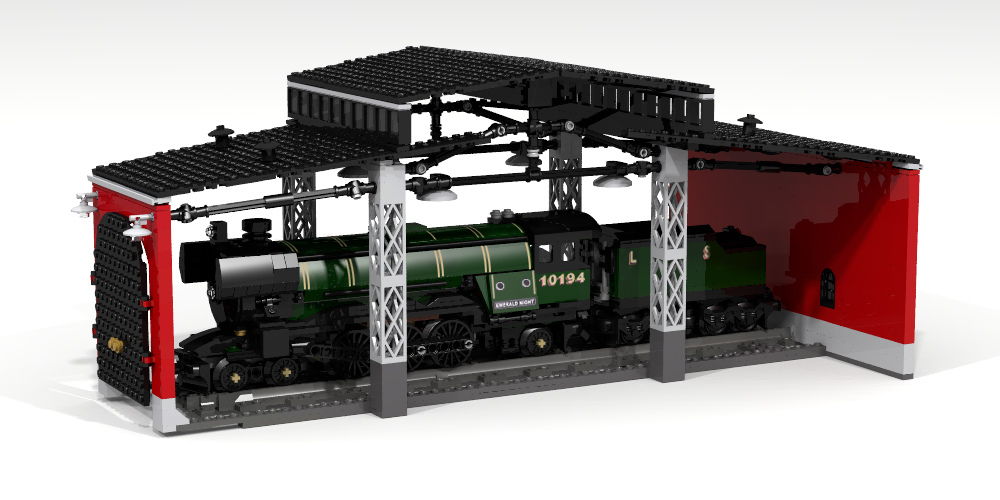