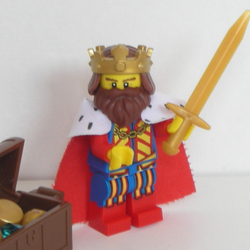 Here is my new project : a New Imperial Transporter Clone !

Before describing him, I am anxious to say that does not come the famous series Star Wars, it is an invented spaceship.

He contains a lot of elements (Elements are described in the order of appearance of photos):

I hope you will appreciate my project.