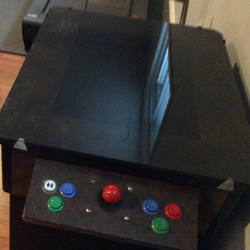 Retro guy
19
The train bridge has the ability to be not one, but two things atop a bridge over a landscape of a beach and ocean. It has the ability to be either a station for minififgures with some seats or a maintenance stop with a trash can and a bin full of parts! You just take out and put in the corresponding parts. I built this idea for when I was getting a lego train set and noticed there was not a set for a 'modern' bridge, then decided to put it on lego ideas. This would make a good set because it hasn't been done before, and is well made and interactive.
19