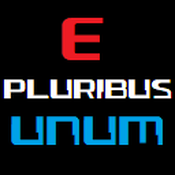 Tinker Bell is an extremely popular character, originally created by J. M. Barrie, and currently owned by the Walt Disney Company. I believe fans of Disney and LEGO would love to build this rendition of her. In my concept model, her arms, legs, head, and wings can be moved to achieve various poses.

I had thought about buying the pieces to build Tinker Bell in real life, but most of her 199 pieces do not yet exist in the colors I chose--such as the Light Nougat (a.k.a. Light Flesh) in her head, arms, and legs. If my concept of Tinker Bell were to be produced, it might be possible to use Brick Yellow (a.k.a. Tan), a more common color, in place of Light Nougat. However, after trying that in LEGO Digital Designer, I noticed that Tinker Bell's skin looked unnatural. In real life, Brick Yellow might look better than it does in LEGO Digital Designer. While designing my concept, I tried to preserve a realistic appearance while still allowing for movement of joints. The arms and head were especially challenging. Although my concept has brick-built eyes, I think custom decals would look better.

Feel free to inspect my concept in LEGO Digital Designer. Here is the posed model, and here is a straight standing version.