Once a Train, Now a Home 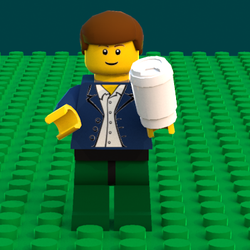 This is my Lego train carraige which is being used as a home.

The train carriage used to belong to a train called the Moonlight Express and one day the train broke down. After fixing the train they left, leaving the carraige behind. After eight years two people called Bob and Anna discovered the train and decided to live there.

The outside is overgrown and has two trees at the back. The top of the train has plants growing all over it. At the front there is a barbecue and a seat for two people.

The train stands on 3 16x16 plates and 3 straight track pieces.

There are two minifigures called Bob and Anna. They are a happy couple who found the train and now live in it.