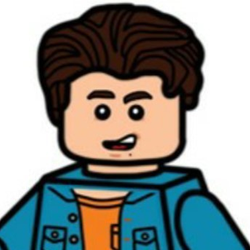 Emet Camino
26
This set is based off of the 2017 American musical biographical drama film, The Greatest Showman. It comes with the build for the circus and as for minifigures it comes with P.T. Barnum, Phillip Carlyle, Anne Wheeler, Lettie Lutz, Charity Hallet-Barnum, Jenny Lind and Charles Stratton (who is also known by his stage name General Tom Thumb). It also comes with a horse for Tom Thumb, an elephant build for P.T. Barnum and some trapeze ropes for Phillip and Anne to swing around the circus stage as a play feature. I bulit this because I thought the movie was great and would make a great set for the circus and for the minifigures. I know the build is not all great but I'm not such a good MOC builder, I tried my best, but I think that if this gets 10,000 supporters, LEGO would improve this into a great set with some better play features. If you think that this should be made into a real set, please support and share, it would really mean a lot to me :)
26