By cutietiny
0 comments
As you can see, in this model, I have tried to depict the familiar and truly British Tram.
As it is based loosely around small models owned by my Grandad, a lover of Trams, I dedicate this design and its inspiration to him.

Due to its historical motivation and style, I think this idea is appropriate to be a part of the exclusive range of sets, especially good for collectors, although it does perhaps lack the attention to detail found in the Sopwith Camel and the Horizon Express.

First of all, creating the iconic oblong base with curved ends was fairly simple, although the windows are a slightly less pleasing feature as there isn't an appropriate window piece for the front and back, I think I have adapted the shape fairly well. 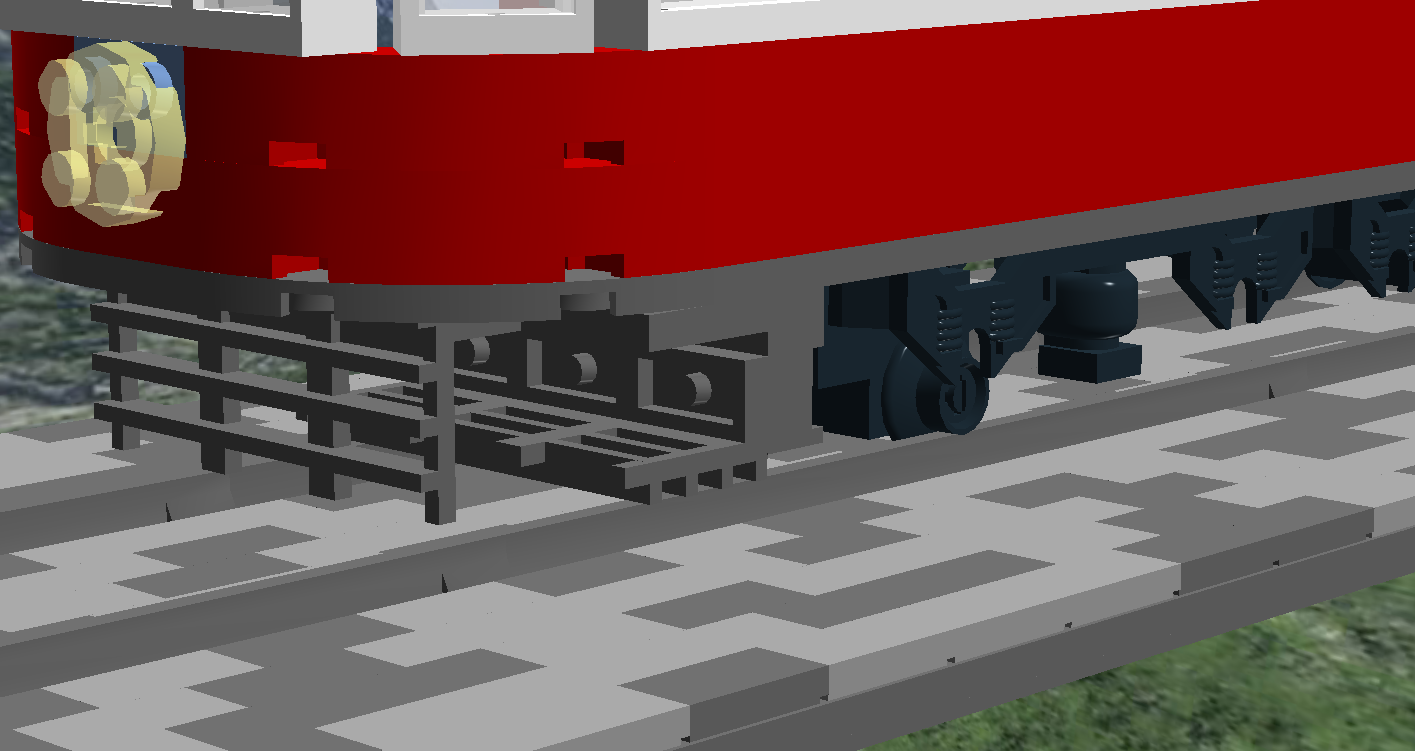 This image shows one of my favourite features: the authentic base section. As my Grandad explained it to me, if someone (an unlucky minifigure!) were to fall onto the tramlines as the tram approached, the front grates would fold back, allowing them to fall back onto the horizontal grate and not be crushed by the wheels. Unfortunately, the front grate on the model does not fold back, although it is still an interesting design feature. I have to admit that the headlight is perhaps a bit out of scale (too large) So a 1X1 circular flat plate might be more suitable were this made into an official set. As you can see in the picture, I have used small train wheels to make the model compatible with the Lego train tracks, which guarantees playability and would allow people to effectively build tramlines around their city. The cobbled street base is also a good angle for collectibility, and would be good for display purposes. 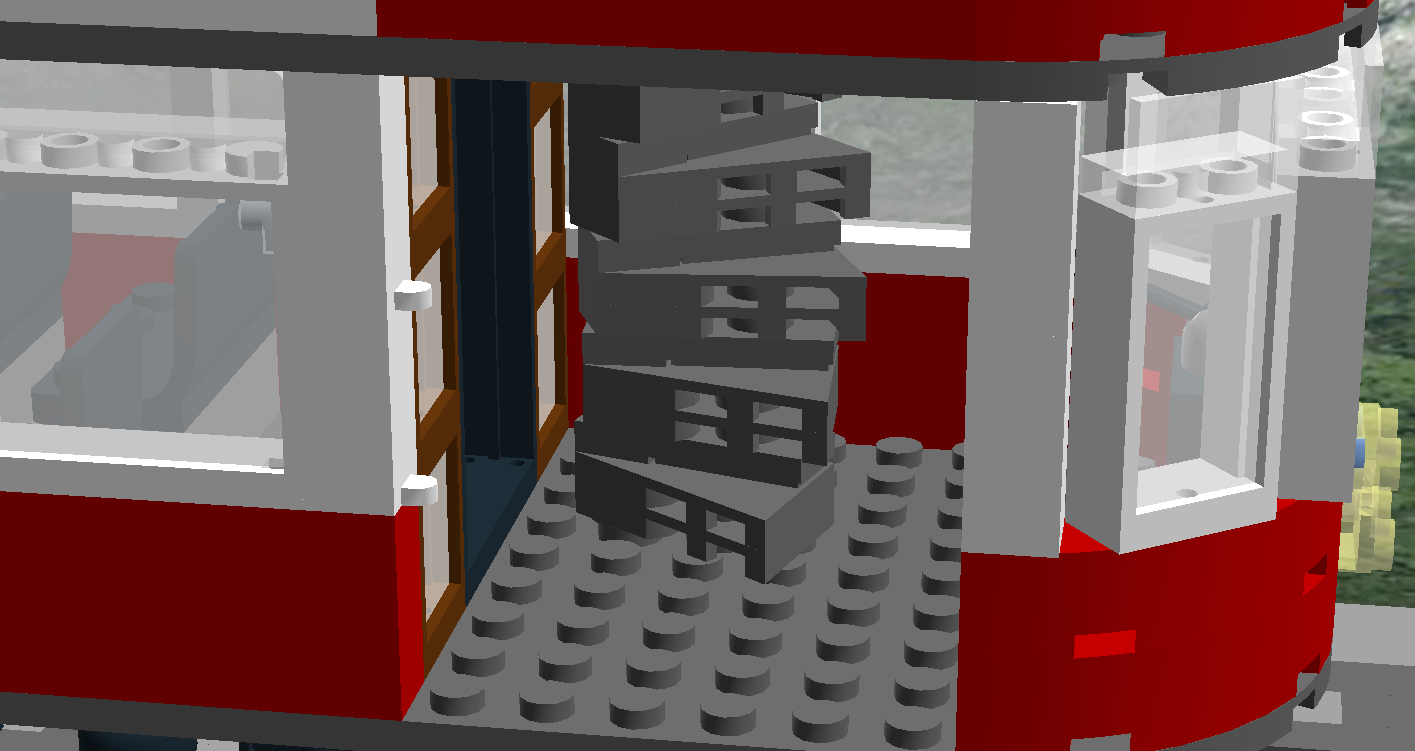 Moving up a little from the base, here is another favourite feature: the spiral staircase! In a way this is probably the hardest section to recreate because of its complexity. The main thing I've had to compromise on is the inclusion of a handrail or similar. Overall, though, I do think that the spiral staircase is a fair representation of its real life counterpart.

The door-frame which you see here next to the stairs, ideally should be brown to match the smaller frames on either side. This feature too, with the windows and the door-frame, is based on the real thing. 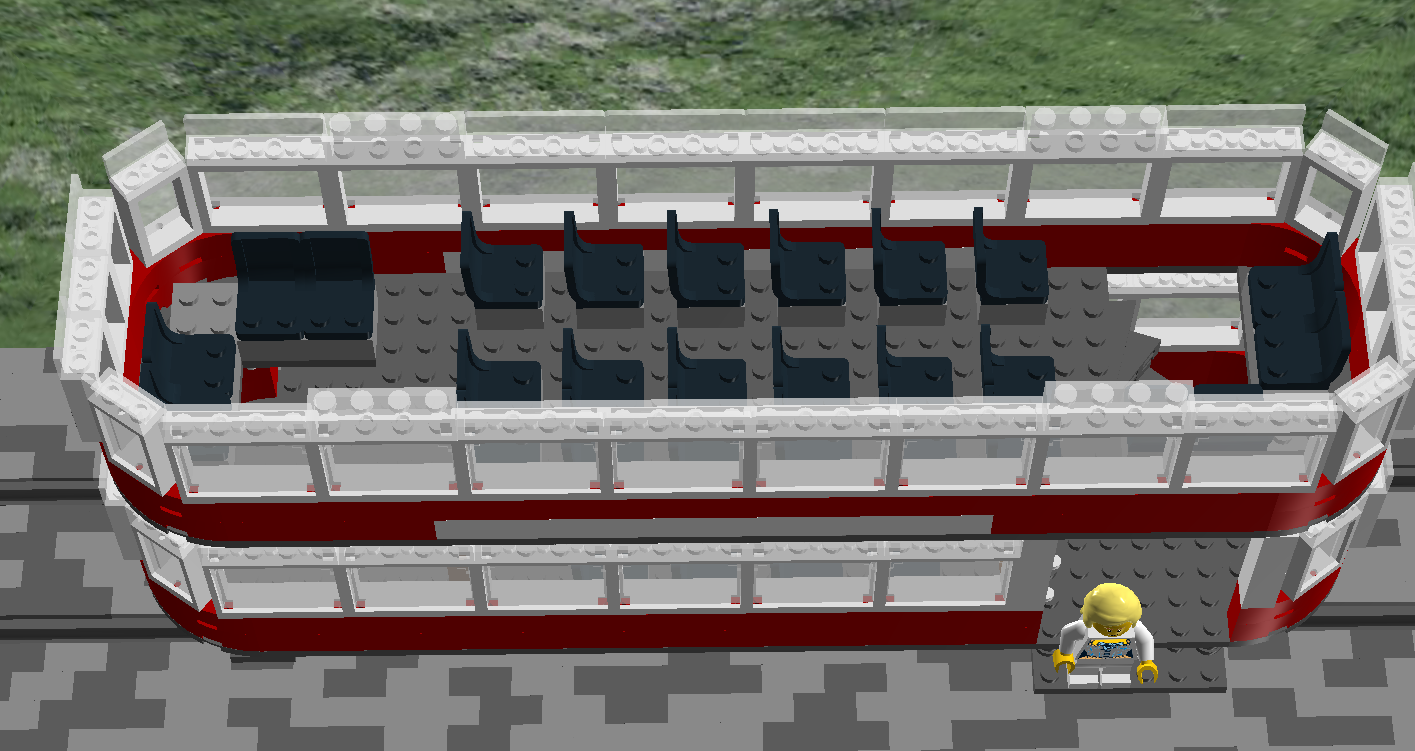 The roof piece is designed to be removable, so here is the seating arrangement for the top deck of the Tram, as realistically as I can make it. 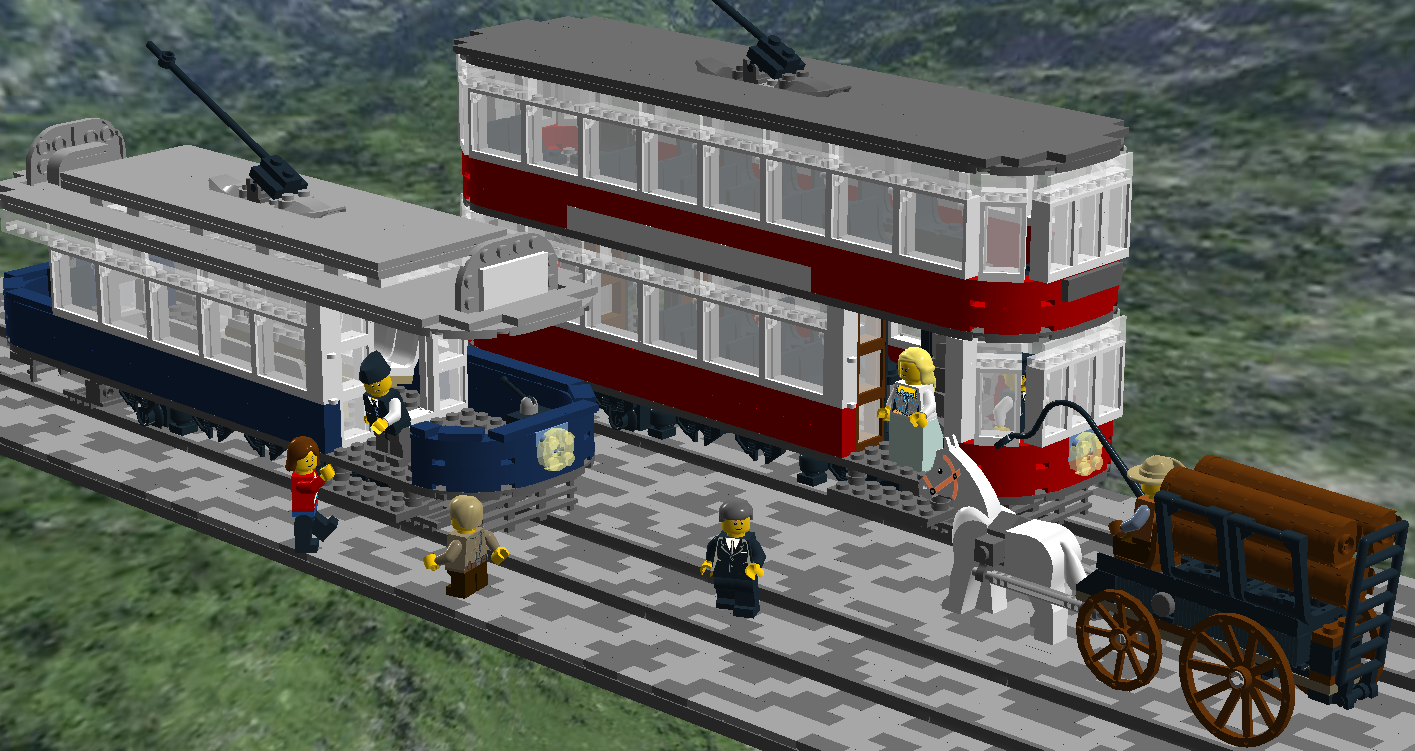 Here are some related ideas which this design could feature with: a cart carrying logs, a smaller Tram design and a selection of minifigures.

These minifigures could also just feature in this Tram.

Finally, if you want to see this on the shelves, then please support!

PS. Stay tuned, I will be making some improvements to the design soon.

Please see one of my latest projects here!