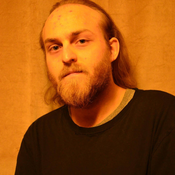 By MiketheManchild
2 comments
John Carter of Mars is an upcoming American science-fiction fantasy film about John Carter, the lead character in much of Edgar Rice Burroughs' 11-volume Barsoom series. It is directed by Andrew Stanton and stars Taylor Kitsch as Carter. This is Stanton's first foray into live-action after working on animated films for Pixar. It is set for a March 9, 2012 release in theaters worldwide.

This Project's for the Xavarian ship, which comes with the Main characters. So it's Disney like Pirates of the Caribbean or Prince of Persia, and Pixar like Cars or Toy Story. Well I can't make any sets, but I could use some help . . . and you would get the credit, like Prince of Persia with more science fiction elements? Plus, they already make Harry Potter, Indiana Jones, Star Wars and Super Heroes.

John Carter, a Green Martian and Dejah Thoris travel the desert on Thoats with a Calot named Woola.

John Carter tries to escape from two White Apes in the arena.

Tars Tarkas is riding a Thoat near a mountain.

The Xavarian and another ship fly through the air.