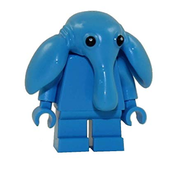 By Flusap
3 comments
I hate spiders.
This build comes from the game Don't Starve, an open world adventure, where the player must survive a wilderness full of monsters and danger.
In this build, I focused on the most well known enemy in don't starve, the spider. They live in silk dens and come out at night to eat and to attack unsuspecting players.
The world of Don't Starve is full of monsters and places that would make great Lego sets. Hopefully this would just be the beginning!
The minifigure shown in the preview is Wilson, the primary survivor of Don't Starve! He is a scientist fighting to stay alive against all odds.
Along with the spider den the set would also include two evergreen trees and a berry bush!
This set would feature four minifigures:
Wilson(1)
Spider(3)
I hope you enjoy my Lego set idea; please consider supporting if you do!