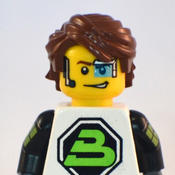 Here are some additional pictures including where the "Space Bananas" are kept as well as J.A.F.F.E.'s suit when he is in his dome. 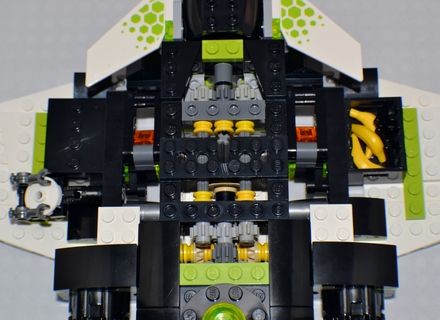 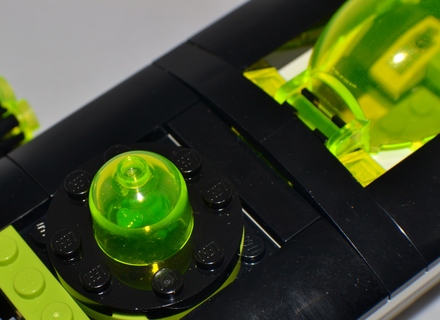 I opened up the model to give an idea on how the gear system works in order to get both guns to fire off one action point. 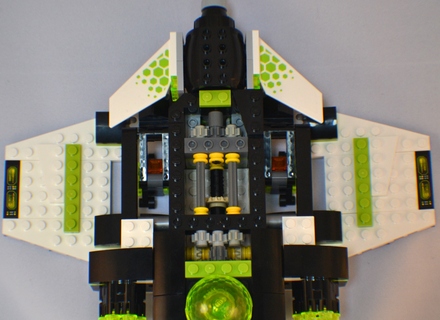 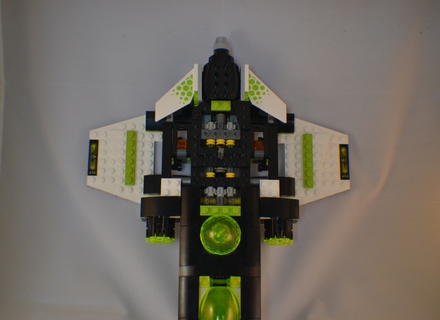 I also added the two Space Police that are out to apprehend Commander Cooper. 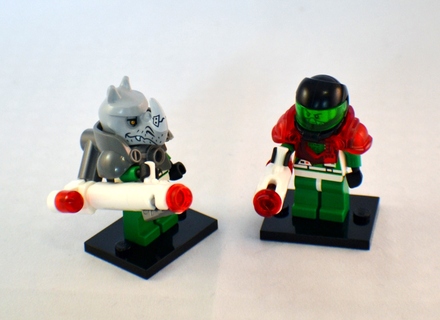 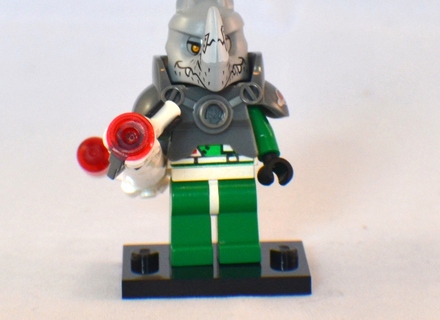 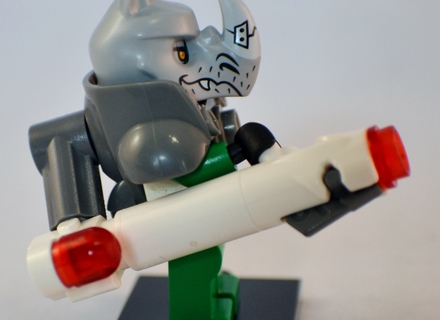 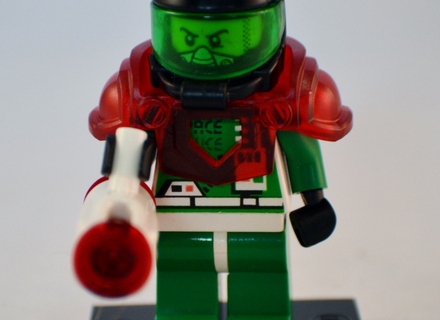 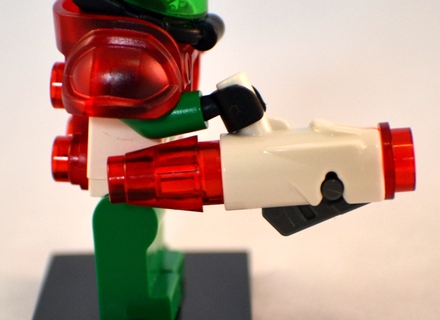 And some pictures of Commander Cooper and J.A.F.F.E. 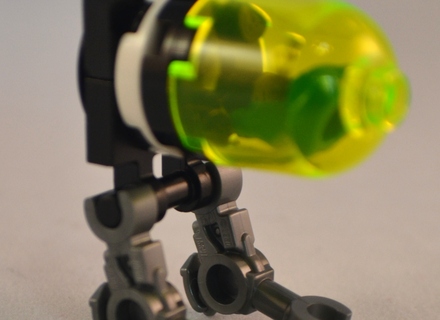 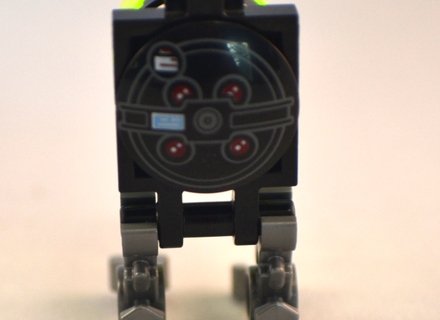 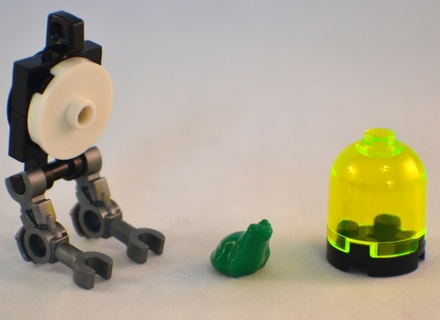 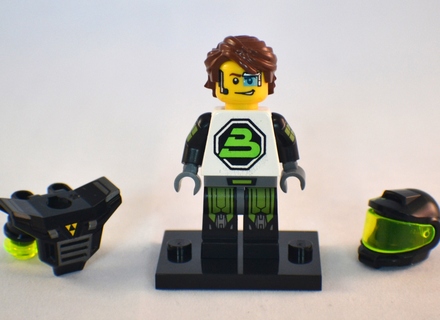 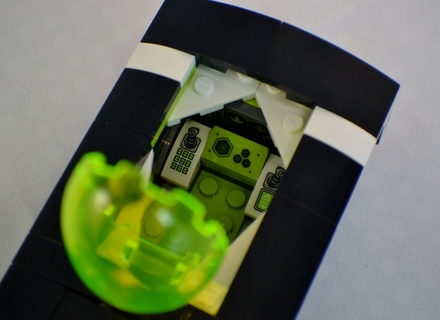 Piece count of ship (not including minifigs or accessories) is 465 pieces. I am sure a professional Lego designer could reduce it.